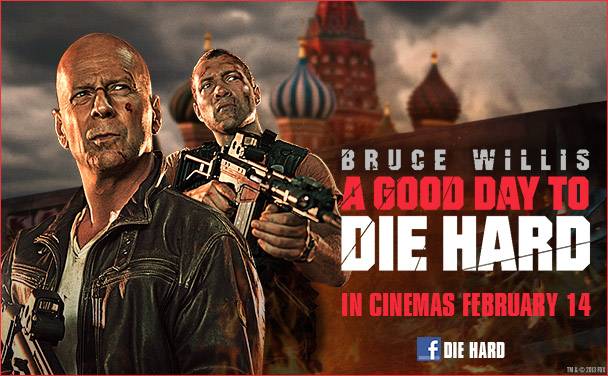 UPDATE Thursday 12AM– Now 46 negative reviews on Rotten Tomatoes, five not negative. Rating is up to a robust 10%.

From Wednesday: “A Good Day to Die Hard” must be really, really bad. So far eight of eight reviewers on Rotten Tomatoes has given it a zero. And one of those reviewers was Lou Lumenick in the Murdoch-owned New York Post. “Die Hard” is a Fox franchise, also owned by Murdoch. But the Post says “Good Day” is “dead on arrival.” Lumenick adds: “There’s evidence of panicked last-minute editing on this film, which at 97 minutes is by far the shortest in a series whose previous installments each clocked in at more than two hours. But trust me, this one still moves so slowly that it feels like it’s longer than two hours.”

The other seven negative reviews on Rotten Tomatoes include Tony Scott in the New York Times and a blogger named Brian Tallerico who says: “A complete waste of time on every level. Loud, obnoxious, boring, cartoonish, morally reprehensible, and just plain stupid.” Wow. “Good Day” opens tomorrow, Valentine’s Day, for some reason.

PS The original director of the “Die Hard” series, John McTiernan, was unavailable this time. He’s serving a year long prison sentence connected to the Anthony Pellicano scandal. Seems like they should have waited to make this “Die Hard” until he was out.