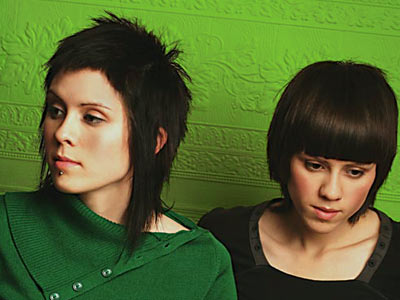 Warner Bros. Records is back. From the dead. Despite the yeoman efforts of the people who work there, WBR was kind of handcuffed during the Bronfman-Cohen era. Their stock plummeted, everyone was fired, and no new acts were developed. But good news! It looks like Warner Bros. Records, the label in the Warner Music Group that just never could get it together, is humming. Next week comes Josh Groban’s new album, “All that Echoes,”  will likely finish at number 1 next Monday with over 130,00 copies sold. The single, “Brave,” is a winner, too. Groban, a great guy, finally has a solid pop hit.

The label is also suddenly forward charging with Canadian duo Tegan and Sara. Their 13th album, an “overnight sensation” called “Heartthrob,” debuted this week on the charts at number 3. They’ve got a hit single called “Closer,” too. Today Warner’s announced it signed a group Skaters, and they have a hit called “I Wanna Dance But I Don’t Know How.” Warner Bros. Records languished for so long, it’s not funny. But it’s good to see them back in the game now that they’re owned by Len Blavatnik. Bravo! Can’t wait to hear what’s next.