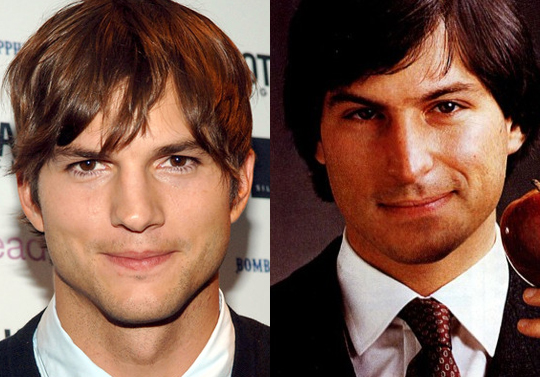 I told you a few weeks ago: when they announce that a movie is closing a film festival, it’s no good. It usually means a big star has been thrown a bone, mostly to try and keep people around through the awards ceremony. That’s just the way it is, and so it is, with Ashton Kutcher in “jOBS.” Not that Ashton is big movie star. He is, in the most traditional sense, a celebrity who was very affable on a likeable TV show (“That ’70s Show”). He also married well, if briefly (Demi Moore, cursing herself now). Ashton is also not bad in his Nikon commercials.

But great actor he is not. And so “jOBS” closes the 2013 Sundance Film Festival to very lukewarm reviews. Variety, The Hollywood Reporter, IndieWire–all give it middling notices, pointing out that it’s a paint-by-numbers effort. And Ashton is cited in Variety as one of its least appealing ingredients.

From Variety: “…precisely that familiarity with Jobs, who reached iconic status in the years before his death, that often undercuts the effectiveness of Kutcher’s carefully judged performance. Despite the superficial physical resemblance between actor and subject, enhanced by thick glasses, longish hair and an impressive attempt at vocal mimickry on Kutcher’s part, the illusion never fully seizes hold.”

Nonetheless, “jOBS”–the small j is meant to mimic the small i in iPod–will be released in April by Open Road, and I wish them well.