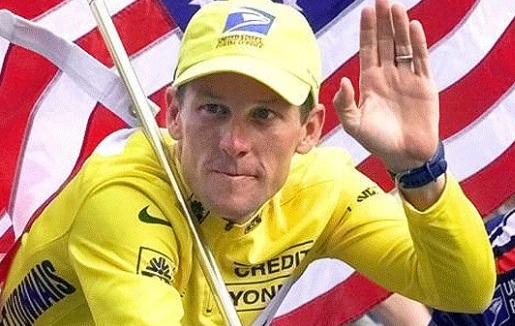 Well, Lance Armstrong’s big confession last night was only the second highest show ever on the OWN network. Oprah’s crazy show with Pat Houston and Bobbi Kristina after Whitney died remains number 1 on OWN. The Lance Show got 3.2 million viewers, which is still pretty good.  OWN just sent out a confusing press release claiming 3.2 and 4.3 mil at the same time. Then Variety sent out a blast saying it was 3.1 million.

So no one really knows. But they do know that it wasn’t as big as Pat Houston saying Whitney was “looking for love in all the wrong places” as an explanation for her death– weeks before the coroner said he found cocaine and paraphernalia in the room. But that’s another story. Anyway, tonight is Part 2 when maybe Lance will explain everything he said last night.

Oh wait I get it. You have no idea how press releases are worded from networks about their ratings. This is what they meant: 3.2 million from 9 pm to 10:30pm first showing, then another 1.2 million for the second showing at 10:30pm. So you decide. But neither number is as big as the Whitney Houston number. In that show, there was no idea that Bobbi Kristina was going to run off with some kid who Whitney had “adopted” and had been been in their house for years.

As far as Lance goes: Who else knew? When did they know it? Did Sheryl Crow not know her boyfriend was doping? Or Robin Williams, his bff? How did Lance keep it a secret? How did he look his mother, wives, and children in the eye? And why does his haircut never change? Those are things I’m interested in now.