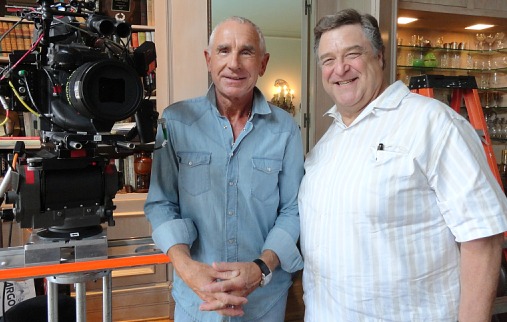 Zsa Zsa Gabor  turns 96 years old next month and is in seriously declining health. She lives in a Bel Air mansion with her husband of thirty years, “Prince” Frederic von Anhalt. The house doubled as the home of Alan Arkin’s producer character in “Argo,” which was shot there nearly two years ago.

Zsa Zsa, then 94, was unaware of what was going on. But Frederic, who often appears on TMZ.com, is a practical man. Gabor’s healthcare is expensive. None of the nurses or aides or anything else is covered by insurance. Income is always welcome.Recently he rented the Bel Air mansion out to Michael Douglas’s HBO movie about Liberace called “Beyond the Candelabra.”

I met Frederic last week at Universal Pictures party for “Les Miserables.” He is a handsome and fit 70 year old with an extremely nice wardrobe. He drives a Rolls Royce convertible. When someone told me he was there at Spago, I imagined Claus von Bulow. But he’s far from that. Even with his many tabloid stories trailing after him, Frederic seemed pretty reasonable.

So what’s happening with Zsa Zsa? Once the most glamorous woman in the world, the last surviving of the three Gabors made a very good second marriage when she walked down the aisle in 1942 with hotel empire builder Conrad Hilton. They were married five years, but that wedding held her in good stead through the rest of her life– and several more marriages. Zsa Zsa and Hilton had one daughter, Francesca, now 65, with whom she has had several legal skirmishes over the years. 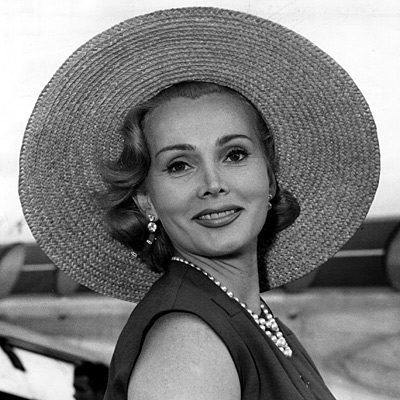 Right now, Frederic says, Francesca is only allowed supervised visits with Zsa Zsa. Frederic maintains contact with a couple of Hiltons–namely Kathy, who is married to Rick, and mother of Paris and Nicky; and Baron, Francesca’s half brother. Francesca, he says, is cut off from the Hiltons entirely. Frederic says, however, that Francesca is left money in Zsa Zsa’s estate. Time will tell if that’s accurate.

How much money is that? It’s hard to say. At one time, Zsa Zsa’s worth was listed as $40 million. But the house is on the market for $14 million, down from a $28 million listing. And Frederic was said to be near foreclosure in June 2012 until an anonymous donor bailed him out.

Zsa Zsa, once the most glamorous woman on the planet, now sleeps most of the day. She rarely speaks. Frederic says he does the night shift with her, from midnight to 8am. At all other times, she has a nurse with her. She also has a court appointed lawyer. Frederic is quick to say he’s being monitored by the courts and the press. But frankly, there’s not much to watch. Zsa Zsa is just waiting, quietly, for the end. You can’t time it.

“Liz Taylor was a great friend,” Frederic tells me. “She used to come over in her wheelchair and talk to Zsa Zsa.” Now, all of her contemporaries are gone. While Zsa Zsa sleeps, Prince Frederic goes out. He’s made friends with a financial reporter about 15 years his junior, from the local news radio. During the early evening, Frederic is social. (His personal life, I didn’t ask.) Then he’s home in time to take care of Zsa Zsa.

How did they meet? He arrived in Los Angeles in 1982, he was 39 years old. He wanted to rub elbows with the wealthy Hollywood set. Someone invited him to a party with stars, he says. “I put on my army uniform, with lots of medals. I put on a big show.” At the party he met Zsa Zsa and that was it. She was 70, and had had countless marriages including the famous one to Conrad Hilton. The Prince’s pre-Zsa Zsa life is still unclear. He says he has children in Europe, and was married.

According to wikipedia, Frederic’s birth name is Robert Hans Lichtenberg. He was adopted at age 36 by a member of the German aristocracy and added the name “Prinz.” Frederic got some kind of title, which he has bequeathed to several has legally adopted several adult men over the years, bestowing them with the last name “Prinz von Anhalt.”

Anyway, he and  Gabor married right away. The rest is history. Ten years ago they were in a car accident. In recent years Gabor developed a clot in her leg, which was eventually amputated. She’s had bouts of pneumonia and almost died. But she’s always rallied. Frederic says he keeps her spirits up by playing her old movies in the DVD player, and saying it’s TV. “She doesn’t know, but it makes her smile.”