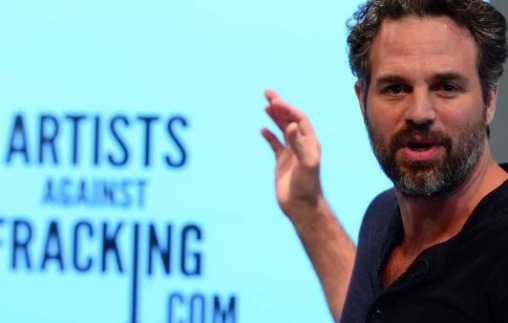 The Incredible Hulk and the leader of 10,000 Maniacs are getting together to protest fracking. Actor Mark Ruffalo and singer Natalie Merchant are leading a group to Albany this Wednesday to register their anti-fracking feelings with Governor Andrew Cuomo.They’re planning an all out campaign to appear at Cuomo’s State of the State Address. You can read about it at www.nyagainstfracking.org.”Fracking” has become a hot button issue, especially in New York and Pennsylvania, along what’s known as the Marcellus Shale. Actors Matt Damon and John Krasinski have been drawn into the war because of their new movie, “Promised Land.” The documentary, “Gasland,” was the first to address the dangers of fracking in farm lands. My own thought, is you don’t fish in your own pond. It’s as simple as that. Both Ruffalo and Merchant live in the area, so it’s important to them.

Here’s what they say:

The New Yorkers Against Fracking coalition is calling on all New Yorkers to come to Albany for a rally to keep fracking out of our beloved state. We will take our message right to the Governor as we gather outside the annual State of the State Address, delivered by Andrew Cuomo.

We’ve never needed your voices more than now. On November 29th, the Department of Environmental Conservation took the reckless step of releasing draft rules and regulations that would sanction the process of fracking in New York State, thus setting the clock ticking on a decision-making process that, absent our intervention, could lead to permits in early 2013. Never mind that the environmental impact statement (sGEIS) that is supposed to serve as a scientific foundation of those regulations has not been released to the public. Never mind that the unfinished health “review” that is supposed to sit at the heart of the sGEIS is shrouded in secrecy. Never mind that the work of the health study is being carried out by three outside experts who are contracted for a mere 25 hours–three days–of their time. Never mind that Governor Cuomo said NO to New York’s own physicians and scientists who have demanded a transparent, comprehensive health impact assessment.

Let’s tell the Governor that everything about this process is wrong: it is backward, undemocratic, hasty, and irrational. A secret, 25-hour health review? Shockingly inadequate. An industry-influenced sGEIS? Fatally flawed. And cart-before-the-horse rulemaking? Un-fracking-believable.