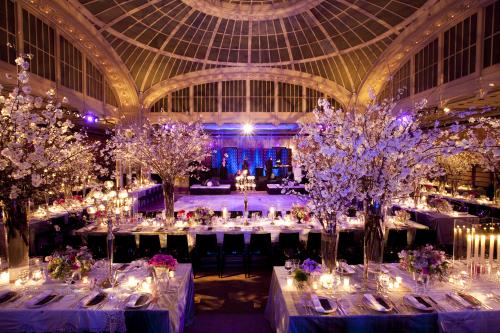 I always thought Celeste Bartos was already dead. But apparently the woman whose name adorns a magnificent room at the New York Public Library, and a theater at the Museum of Modern Art, passed away on Saturday. No one mentions her age but this sort of amazing philanthropist and heiress to a huge pulp paper empire had to have been around 95. As yet there’s no official obit in the Times.

In the little biography readily available, it’s stated that she married her first husband, John Altman, in 1935. Some time later she married her second husband, Armand Bartos. He was born in 1910 and died at the end of 2005; he himself was 95.  Even though Bartos had money and was influential in the art world, it was Celeste’s fortune from her father, D. Samuel Gottesman, that propelled her. (Gottesman’s brother and his family made millions with Warren Buffet.)

But in all the years that we heard about people like philanthropist Brooke Astor or social X-ray Nan Kempner, there was nary a word about Celeste Bartos in the press. Indeed, a quick search of the New York Times archives reveals not one mention of her between her father’s death in 1956 and the naming of the Library room in 1987. Even then, there’s no mention of the person. There’s no picture of her either.

The Museum of Modern Art’s NY Times paid obit: “Celeste and her husband Armand were not only generous philanthropists, but active and passionate collectors of art. Celeste helped build MoMA’s renowned collection by giving important works of art to the Museum and by assisting with the acquisition of other pieces.” According to reports, her sons carry on her legacy.

We should all say thank you, and rest in peace, Celeste Bartos.