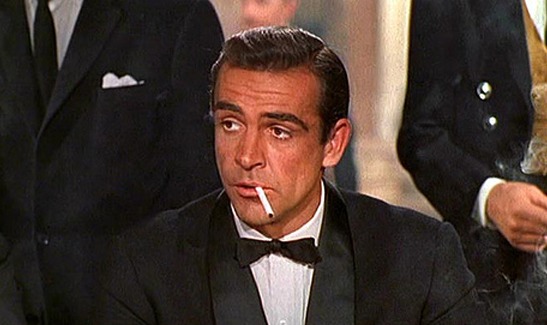 The Academy Awards show in February will feature a special salute to the James Bond franchise. It’s Bond’s 50th anniversary. But it’s also his first billion dollars, as “Skyfall” went through the roof this year and made more money than any other Bond film. Producers Craig Zadan and Neil Meron say they’re going to have a “special sequence”– which could mean anything, but no doubt means music. Maybe they’ll get Shirley Bassey to sing “Goldfinger.” And this kind of suggests that they’ve locked up Adele (see my earlier story http://www.showbiz411.com/2013/01/02/adele-must-choose-between-oscars-and-golden-globes-for-skyfall-appearance). As I noted last month, no Bond theme song has ever won Best Song. But this year looks like the breakout year with Adele capping it off. Of course the big ‘get’ would be Sean Connery, who excluded himself from the recent Bond 50th documentary. If the Oscars can get Connery to stand on a stage with Roger Moore, Timothy Dalton, Pierce Brosnan, and Daniel Craig– now that would be a coup !