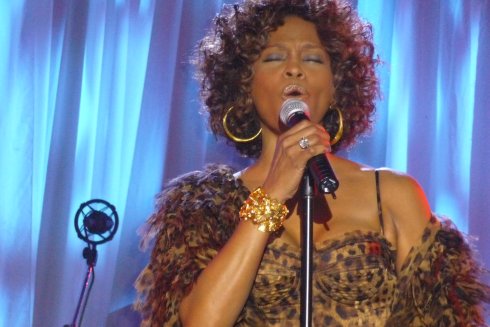 Over the holiday a private investigator no one’s ever heard of grabbed some cheap headlines by claiming that Whitney Houston was murdered last year. As we approach the one year anniversary of Whitney’s tragic death next month, let me reassure you: she was not murdered. There was no foul play. There may have been a lot of questionable judgments, and questionable people around her. But Whitney died as the police said, of drowning thanks to a heart attack brought on by her terrible cocaine addiction.

Just in case you’re wondering, an actual licensed detective and law enforcement person was on the scene that night. He was in the room shortly after Whitney died. And this is what he says to me, exclusively:

“I can only wonder what Mr. Huebl’s real motivation is by associating his name with the devastating loss of Whitney Houston after the fact. Planning on writing a book, sell a movie idea or just seeking fame, who knows. Hired by someone or not, if he had any respect for his former career in law enforcement he would turn over any intel he thinks he has valid or not to the BHPD. Let them vet the information to renew the investigation or involve federal authorities. It would have been the correct and ethical thing to do.

Considering the circumstances, everyone on the scene to include the paramedics, BHPD, coroner, hotel management and hotel security team provided the utmost dignity and professional support. The care taken in protecting the integrity of the investigation was skilled, cautious and through without self-hype.

With humility and heavy heart, I was there that night. Mr. Huebl’s is allowed his view of the world but really has no right to attach himself to this tragedy’s orbit.”

Indeed, unlike with some other celebrities, Whitney Houston was worth more alive than dead. Her death was the last thing anyone wanted, and there was nothing to gain by it. I shudder when I think of what happened to Whitney–her death is really a tragedy. But it was an accident, a confluence of the many bad things that had happened to her or she had brought to bear on herself. She will be in everyone’s thoughts this year at the Grammys, no doubt.