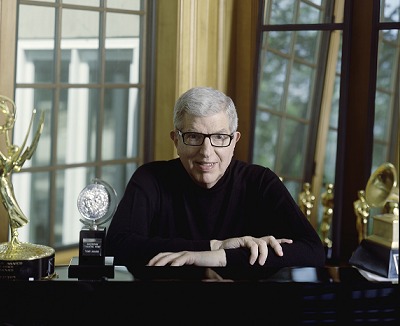 Someone at the New York Times doesn’t like composer Marvin Hamlisch. Hamlisch was left out of any mention in this year’s “The Lives They Lived” special New York Times Magazine. He was also omitted from a video feature on musicians and composers who died in 2012 that included everyone from Dave Brubeck to Levon Helm and Davy Jones of the Monkees.

It’s not like the Times didn’t have notice about Hamlisch — who wrote the seminal Broadway hit “A Chorus Line,” won two Oscars, and is best known for “The Way We Were”– all around them. He was the subject of a big tribute on New Year’s Eve by Lincoln Center and PBS. More than a dozen stars performed his music. Not only that, he also was toasted at a beautiful memorial service earlier this fall at the Juilliard School by another long list of stars starting with Barbra Streisand, Aretha Franklin, and Liza Minnelli– and the latter attended all of his pre-funeral gatherings at the Campbell home on Madison Avenue. Former President Bill Clinton even spoke at his funeral.

But someone at the Times either has complete amnesia or has some kind of weird grudge against Hamlisch. The strange thing is, when Hamlisch died suddenly this summer at age 67, this site was flooded with stories from his friends and fans about all his good deeds. There wasn’t a person who knew him, including his ex, Carole Bayer Sager, who didn’t literally sing his praises. Carly Simon, who sang Hamlisch’s “Nobody Does it Better,” was bereft.

But no Times, even though “The Lives They Lived” featured Brooke Shields’ mother. Good work.