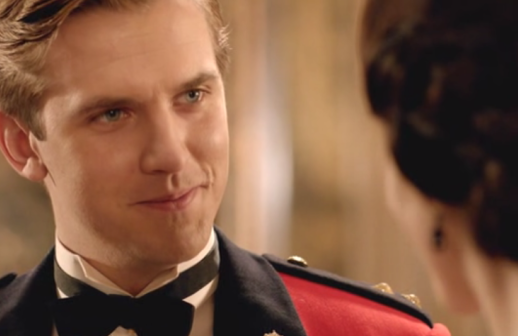 Downton Abbey Shocker: STOP READING RIGHT NOW IF YOU DON’T WANT TO KNOW. Remember that when Dan Stevens and I crossed paths the night “The Heiress” opened on Broadway, he wouldn’t answer any questions about his future on Downton Abbey. His obnoxious publicist pulled him away from me so fast I had razor burns. More recently, when I ran into him at a movie premiere, Stevens was calmer. But he still said, “Wait. You’ll see.” And on the Christmas special shown in the UK on Tuesday, the sad news was confirmed: Matthew Crawley is dead. Dan Stevens has left the building. And the show. Will he be able to leverage Downton Abbey into movie fame here in America? Hard to say. He’s going to try. But I guess it’s the difference between being Jeremy Irons or Anthony Andrews– the two stars of “Brideshead Revisited.” Alas, Matthew dies in a car crash. Who will manage Downton Abbey now? Read more here: http://www.telegraph.co.uk/culture/tvandradio/downton-abbey/9765334/Dan-Stevens-Why-I-left-Downton-Abbey.html