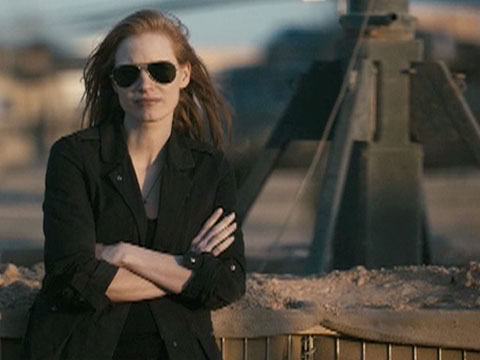 The Central Intelligence Agency has issued a statement about Kathryn Bigelow’s film “Zero Dark Thirty.” This must be a first. I can’t remember a time the austere CIA said anything about a Hollywood film. But they are not happy. Of course this will probably create more interest in Bigelow’s film about the hunt for and killing of Osama Bin Laden.

:I would not normally comment on a Hollywood film, but I think it important to put Zero Dark Thirty, which deals with one of the most significant achievements in our history, into some context.  The film, which premiered this week, addresses the successful hunt for Usama Bin Ladin that was the focus of incredibly dedicated men and women across our Agency, Intelligence Community, and military partners for many years.  But in doing so, the film takes significant artistic license, while portraying itself as being historically accurate.

What I want you to know is that Zero Dark Thirty is a dramatization, not a realistic portrayal of the facts.  CIA interacted with the filmmakers through our Office of Public Affairs but, as is true with any entertainment project with which we interact, we do not control the final product.

It would not be practical for me to walk through all the fiction in the film, but let me highlight a few aspects that particularly underscore the extent to which the film departs from reality.

Commentators will have much to say about this film in the weeks ahead.  Through it all, I want you to remember that Zero Dark Thirty is not a documentary.  What you should also remember is that the Bin Ladin operation was a landmark achievement by our country, by our military, by our Intelligence Community, and by our Agency.