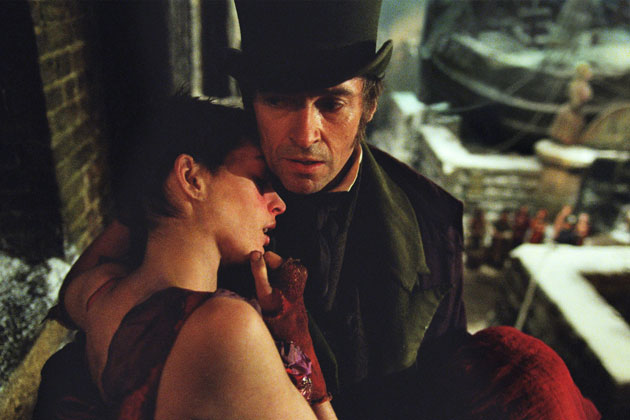 The times, they are a changing. Remember when the best directors were Robert Altman. Alan Pakula, Hal Ashby, Francis Ford Coppola, Sidney Lumet, and Sydney Pollack? Now the vets are Woody Allen, Martin Scorsese, Steven Spielberg, and George Lucas. But it’s the new generation that’s taken over. This year’s crop of Best Directors, aside from Spielberg, are all recent Oscar winners or nominees.

Tom Hooper just won Best Director two years ago with The King’s Speech,” and comes with his masterful version of “Les Miseables.” David O. Russell–whose “Three Kings” is a oft-forgotten gem–made his mark with “The Fighter.” Now he’s got “Silver Linings Playbook” lined up for victory. Kathryn Bigelow was the first female Oscar winning director with “The Hurt Locker.” Her “Zero Dark Thirty” is powerful and controversial. Ben Affleck won accolades for “The Town” and “Gone Baby Gone.” Now “Argo” is  name on everyone’s lists. Paul Thomas Anderson has “The Master” after “There Will Be Blood” put him on the map for good.

Quentin Tarantino? He’s a young old timer, dating back to 1992 with “Reservoir Dogs.” He and the Coen Brothers, Spike Lee, make the bridge from the vets to the newcomers.

These are the new generation of directors who will take us into the next episode of the Oscars. We still have Woody, Marty, Steven. But this new group is formidable.

Hooper is really the upstart. He first won major Emmys for landmark HBO series “John Adams” and “Elizabeth I.” A Brit, Hooper sometimes seems aloof. He’s not. He’s just tired. Hooper delivered a wet print of “Les Miz” to New York on Friday, November 23rd and never looked back. He’s criss crossed the US without sleep several times. This week he’s in Australia helping Hugh Jackman and Russell Crowe launch the film in their country. He may spend the holidays in the UK with his family. For a minute. Then back to the US for awards season.

And “Les Miz” hasn’t even opened yet. And Hooper, who looks 30, has only just–finally– turned 40.

It’s a lot of pressure. “Les Miz” has only been seen in the industry so far. We’re still a few days off from its exposure to audiences who are chomping at the bit.

I do think Hooper has done the impossible–he’s taken a three-dimensional stage experience and reinvented it as a film, a piece of cinema that humanizes history and focuses very specifically on the main characters. He turns them all –from Jean Valjean to Cossette to little Gavroche– into guides through a mesmerizing experience. I think even Robert Altman would be impressed how he’s woven it all together!