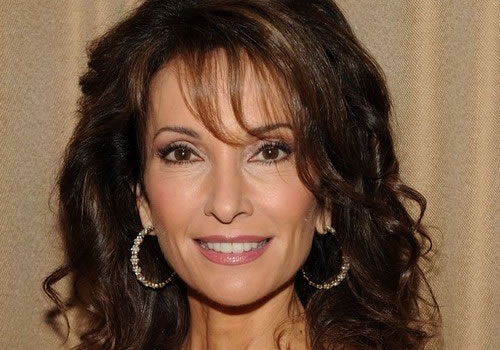 Don’t get excited just yet. I have been told by a very good source that Prospect Park Productions has contacted Susan Lucci, aka Erica Kane, about a revival of “All My Children” online and maybe on cable. There have been reports in the last couple of days that Prospect Park, whose license with ABC on “All My Children” and “One Life to Live,” is trying to re-activate the much-missed soap operas. A friend of Lucci told me yesterday: “There have been some talks, but the word wasn’t supposed to get out yet.” Hmmmm….

Prospect Park — run by controversial manager Jeff Kwatinetz, late of the Firm, and Rich Frank, late of Disney–had gotten a license from ABC to put the canceled shows online. At the 11th hour, however, everything fell apart. If the deals had gone through, Prospect Park would have had the shows up and running last January 2012. “OLTL” went off the air then, and some of its characters, its executive producer and head writer, transferred to ABC’s “General Hospital.”

Lucci was at a loss by then. There had been talks with Prospect Park in 2011 prior to the September conclusion of “All My Children,” but they mysteriously stopped, she told me. Lucci more than any other actor from either show would have to be included or it simply wouldn’t be worth it. She and “OLTL” star Erika Slezak are linchpins of their respective shows.

Another key “OLTL” player, Robert S. Woods, told me yesterday that he’d heard rumblings about Prospect Park’s renewed interest, but that he had not been contacted yet. “They may not know how to find me,” said Woods, who’s been kicking back in upstate New York after 30 something years of service to “OLTL” as leading hero Bo Buchanan.

There have been reports, though, that Prospect Park has finally made deals with SAG-AFTRA and may be closing deals with the other guilds.

Reviving the shows could be done, but it’s tricky. Pieces of  “OLTL” live in “General Hospital,” which is having a ratings surge. For “All My Children,” it’s harder. Lucci has made other deals since “AMC’ ended. Plus, that show was in tatters thanks to ABC’s mismanagement of it for years. In either case, creator-writer Agnes Nixon would have to be brought back as well, since she has the secret sauce recipe that made the shows a success.

And then again, it’s possible Prospect Park is just faking it to extend their license arrangement. ABC might like the shows back now considering their alternative programming has failed. “General Hospital” is booming. And really, the only thing network execs know is success. Soaps, which they trashed for years, are looking good again. If Procter and Gamble were smart, they’d look to a revival of their own shows, “As the World Turns” and “Guiding Light.”