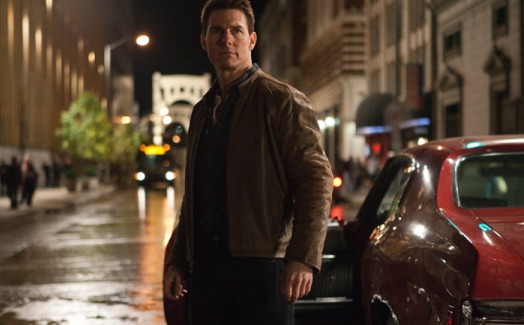 Paramount Pictures has postponed the Pittsburgh premiere of “Jack Reacher” with Tom Cruise out of deference to the victims and survivors of Friday’s Connecticut school shooting. In the movie, Reacher investigates the murder of five people with six shots from a sniper. The film is based on a novel by Lee Child.

It’s not the first time this year that real life events have derailed the marketing of a movie. The Ben Stiller movie “The Watch” was originally called “Neighborhood Watch.” It was about a group of suburban dads who protect their streets, and it was supposed to be a comic take ending in them discovering aliens. But months before it was released, George Zimmerman killed Trayvon Martin and the story became an overnight sensation. This column first reported the situation. The movie’s title was changed to “The Watch” but it was too late. The film was DOA.

“Reacher” has nothing to do with the current situation but the timing is bad. The Connecticut shooting is less than day old, and it’s a massive tragedy. It will involved, if you think about it, 27 funerals, many of children, in a small town. Meanwhile, “Reacher” is committed to opening on Friday, December 21st. Today there is a press junket–already set to be without Cruise–here in New York. Tomorrow–Monday–Cruise and the film are set for a screening and tribute at the Film Society of Lincoln Center. Cruise’s only American media appearances for the movie are this week, too, on David Letterman and Jimmy Fallon’s shows. Now what? “Reacher” is coming, premiere or not.