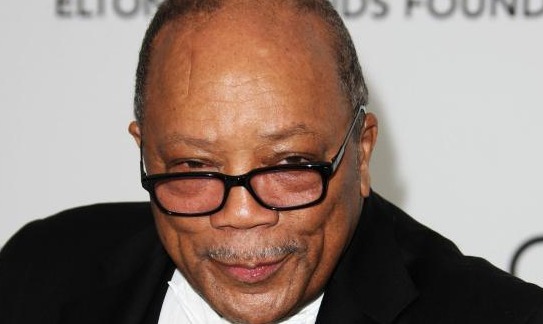 Somewhere pigs are flying and hell has frozen over. Jann Wenner has let legendary producer Quincy Jones be inducted into the Rock and Roll Hall of Fame as a non performer. It’s hard to imagine what went on behind closed doors to allow this momentous occasion to come to pass. Q, as he is known, should have been in the Rock Hall at least 20 years ago. It always seemed like it would never happen.

But now, as Quincy turns 80 in March, his vast accomplishments will at last be celebrated. The other non performer who will be inducted at the same time is producer/impresario Lou Adler, who gave the world Dunhill Records (Mamas and the Papas, Grass Roots, etc) and Carole King’s Tapestry, as well as “The Rocky Horror Picture Show” and the Monterey Pop Festival. Each of them is long overdue.

And the artists who got in: Randy Newman, also long in the coming; Heart, Rush, Donna Summer, Public Enemy, Albert King. I’m not going to debate the various merits of who got in, but basically, the whole thing is over with a capital O. I know the Rush fans are very excited. Donna Summer, if she were going to be inducted, should have been while she was alive. The voters are too young now to care that the Marvelettes, the first Motown group, are not in. And so on. Public Enemy is rap. Rush is bombastic rock. Heart had two or three hits, even though we love ’em. Only Randy Newman has had a profound effect on popular music.

This edition of the installation dinner will take place in Los Angeles, where the whole thing should end with a whimper.