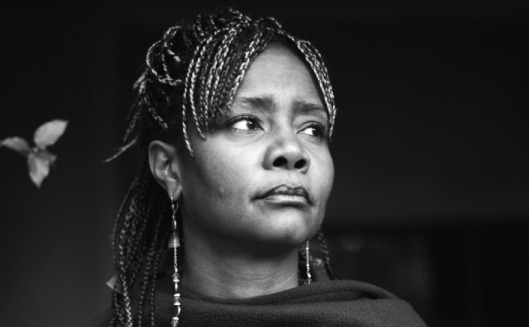 Exclusive: Tonya Pinkins, the former star of “All My Children” and Tony award winner for Broadway’s “Jelly’s Last Jam” knows all about the mother of murdered 31 year old Brandon Woodard. “We’ve been waiting for something like this,” Pinkins told me this morning about Woodard. Pinkins has been in court and legal battles with Woodard’s mother Sandra McBeth Reynolds for years over what Pinkins calls McBeth Reynolds’  “family’s crimes.”

When I called Pinkins this morning she was unaware of the headline making story: that Woodard had been shot dead yesterday in midtown Manhattan in what looks to be an execution style murder.  But she wasn’t surprised.

Pinkins told me: “I’ve been trying to get the FBI, the US attorney to do something about this family for five years.” She says McBeth, now McBeth Reynolds– currently married to Pinkins’s ex and the father of her 16 year old daughter– has been a “big Black Collar criminal. She’s connected to judges, in my experience with her.” Pinkins says that in the past Woodard has allegedly forged all kinds of documents, and that “she’s been caught at it in court, and nothing’s happened to her.”

Pinkins says that McBeth and her prior husband, James Reynolds, have had a years long feud since 2006 that involves $30 million that is now “gone.” Pinkins says McBeth’s current husband– who is Pinkins’ ex-boyfriend and father of her daughter, is an attorney with legal and substance abuse problems. “Sandra cashed my child support checks that he supposedly sent to me. I have copies of all the receipts and her signature,” Pinkins says.

Pinkins’ ex lover, Rodney David Wellington, was a lawyer who was disbarred in 2006. He also suffered from substance abuse. But he and McBeth Reynolds now have custody of his and Pinkins’ 16 year old daughter. http://www.iardc.org/05RT3001HB.HTML

It was Pinkins who put up the website, www.sandramcbeth.info. She says McBeth sued her over the website. “We went to trial for two days.” Ultimately the case was thrown out because the information on the website was all derived from public records, Pinkins said. (Pinkins herself has had a tortured past with ex husbands, children and custody issues: http://www.nytimes.com/2004/05/02/theater/theater-the-trials-of-tonya-pinkins.html?pagewanted=all&src=pm)

Pinkins says murdered Brandon Woodard’s name is on documents created by his mother on various loans and mortgages. “She would sell properties to Brandon and then he would default on them.” Pinkins says she has a mound of paperwork with McBeth and Woodard’s names, a complicated paper trail. “The number of people they burned, and people who lost their homes, is huge. Their enemies list is huge.”