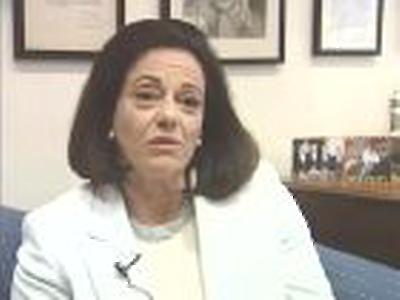 Kathleen “KT” McFarland’s real story is much more interesting than the one Bob Woodward dug up about her, General Petraeus and Roger Ailes. Two things: first no one seems to recall that McFarland once briefly considered challenging Hillary Clinton for the U.S. Senate seat from New York. That blew up in her face like a cigar in a Three Stooges sketch. Among other things, her then 16 year old daughter, Camilla, now 22, was caught shoplifting in ritzy Southampton, Long Island. http://tinyurl.com/bjuqcj8

But before that, McFarland crossed my radar. I wrote a story about her and her extremely wealthy investment banker husband, Alan, in New York magazine back in 1995. In 2006, when McFarland was involved in the Senate run mess, I wrote about it again in my Fox411 column. It was only subsequently that Ailes started putting her on Fox News, apparently not knowing the whole back story.

So here it is, from 2006, the recap from 1995 of how Kathleen “KT” McFarland somehow wrangled custody of Alan’s late wife’s child, who is now an adult but was eight years old when the everything happened to him. And he was worth millions of millions of dollars.

from 2006: I guess I kind of ignored the story of Kathleen Troia McFarland, a possible Republican contender for the New York Senate and competition for Hillary Clinton. All the local New York papers have been all over McFarland, however, skewering her on a number of subjects.

The gist of their anger is that she’s a wealthy housewife who somehow inveigled herself into local politics.

But this is what the papers don’t know about McFarland’s background. I wrote about her and her husband a little over a decade ago in New York magazine when they were involved in a strange story. The title of my article was “Who Gets the Park Avenue Kid?” It was in the Oct. 2, 1995, issue. It’s a story that would make Dominick Dunne clap with glee because it was the talk of New York society.

Here’s what happened: Kathleen’s husband, Alan McFarland, has a first wife, Ellen “Nell” Sawyer. Nell and Alan had two children, Gavin and Andrew. But David Sawyer, Nell’s new husband, had none. The couple adopted a little boy named Luke, who by 1995 was 8 years old.

Nell Sawyer had had such an acrimonious divorce from McFarland. She really despised him, and didn’t want him to get her hands on her enormous wealth.

Nell was the daughter of multimillionaire Clifford Michel, one of the founding partners of the great Wall Street investment firm Loeb Rhoades. In their 1987 divorce, McFarland lost a Southampton mansion named the QE III, among other things. It was a bad scene. McFarland, cut off from the Michel money, then married Troia and started a new family.

Fast forward to 1995. Nell Sawyer was suffering from breast cancer. Unexpectedly, that summer, her husband, David, suddenly died. David Sawyer is another story altogether: His Sawyer/Miller public relations company was a force in geo-political chaos.

He was a power player and a not a terribly nice guy. It turned out after he died that he’d played fast and loose with pension monies due his first wife. They’d been married for 25 years.

Alas, two weeks after David Sawyer died, so did Nell Sawyer. Suddenly, little Luke was orphaned. Nell Sawyer had made plans for her son, however. In May 2005, she’d added a codicil to her will designating friends Leola and Robert McDonald as his guardians. She chose back-up guardians should the McDonalds be unavailable.

What was clear was that Ellen “Nell” Michel McFarland Sawyer did not want her little boy to be raised by her ex-husband and Kathleen Troia McFarland. But neither of the designated couples ever took Luke.

Mysteriously, and without question, the boy immediately went to live with his mother’s ex-husband and his second wife. According to court papers, the now 17-year-old Luke’s court-appointed guardians became his older brother Gavin, then 23, along with Gavin’s mom, Luke’s step mom, the possible next senator from New York: Kathleen Troia McFarland.

This was specifically against Ellen Sawyer’s wishes. She disliked Alan McFarland so much that in 1992, she wrote in her will that she didn’t want him to raise her child or get back the Southampton mansion she’d won in their divorce:

“It is my strong wish and desire that in no event shall the Southampton residence be sold, given, or otherwise transferred to my former husband, Alan R. McFarland, nor shall he be permitted to enjoy its use in any way.”

And the house? According to public filings, its six full bathrooms and four bedrooms were sold by Ellen Sawyer’s estate exactly one year after she died to Texas banking magnate Gerald J. Ford for $5.25 million. It was an all-cash deal.

Today– December 2012–  the McFarlands’ summer home is a 5,400 square foot Southampton mansion valued at around $4 million.

“Who Gets the Park Avenue Kid?”: http://tinyurl.com/aj7lnev