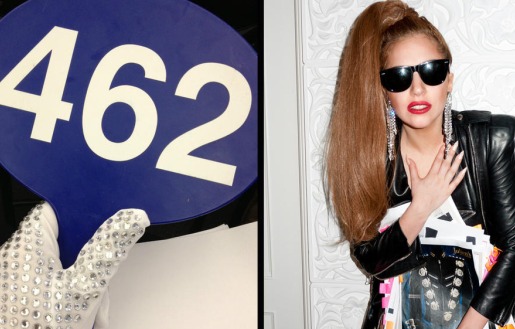 The big auction of Michael Jackson costumes and memorabilia on Sunday took in over $5 million–way, way more than expected according to Julien’s Auction house in Beverly Hills. And who spent the most? Why, Lady Gaga. She sent an emissary who bought up 55 items totaling around a million bucks, I am told. She Tweeted from South Africa afterwards to her 31 million followers: “The 55 pieces I collected today will be archived & expertly cared for in the spirit & love of Michael Jackson, his bravery, & fans worldwide.”

Well, well. Some crazed Michael Jackson fans were concerned that some of the autographs in the auction weren’t geniune. But everything was on the up and up. The pieces belonged to Jackson’s costume designers, who keep the money after giving a cut to Julien’s, to the Jackson estate, and to two charities. Still, it’s a good haul. And it’s the last one unless someone knows something else. “It’s the last big collection of Michael Jackson costumes,” said a source from Julien’s. And good for Lady Gaga aka Stephanie Germanotta.