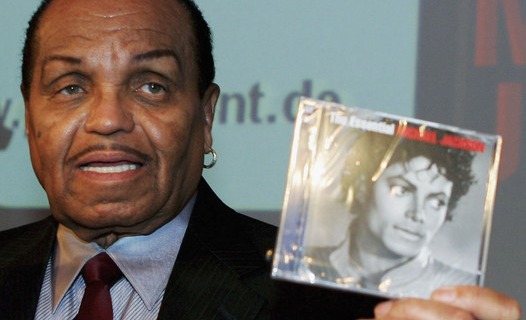 What do you do when your father has a stroke? In the Jackson family, you call the gossip site you’re most connected to. There’s a “report” that Joseph Jackson, the, uh, patriarch of the Jackson family-Michael and Janet’s father, etc– has had a stroke in Las Vegas. How do we know? Why, a gossip item popped up in x17online.com. This is the site that Randy Jackson uses when he wants to get a story out. He used them last summer during the so called kidnapping of his mother Katherine. Now x17 is not only reporting that Joseph has had a stroke but reiterating a falsehood from last summer, that Katherine Jackson had had a mini stroke. We’ll see what develops. Despite Joseph Jackson’s spectacularly despicable behavior in almost any situation, we wish him well if he’s ill and a speedy recovery. I am told he was accompanied to the hospital by his pal, Majestyk the Magician. (No kidding, really.) Calls to his eldest daughter Rebbie are difficult because I am also told her landline has been shut off.