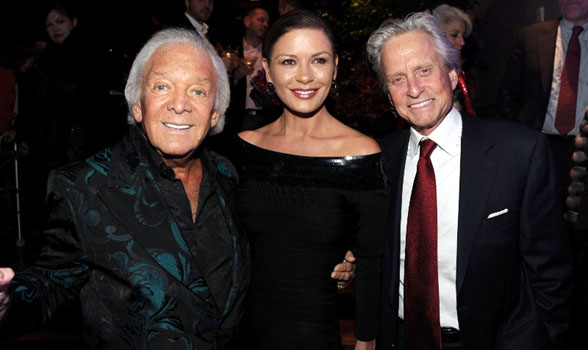 Just heard: Oscar winning “Chicago” producer Marty Richards died today at age 80 after a long, tough battle with cancer. A beloved figure on Broadway and among New York society, Marty was also a friend of mine and so many others. He was a relative-in-law also of actor Michael Douglas who came with wife Catherine Zeta Jones last January to Marty’s big birthday party. (They were related through Marty’s late wife, Marylea Johnson, a cousin of Michael’s mother.)

Marty knew how to live in style, and didn’t want to be too ill from cancer to enjoy himself and all his friends. So the party was in January instead of March, hedging his bets. It turned out he was still very well in March anyway.

Among the other shows he produced on Broadway was “The Life” starring Chita Rivera and Lillias White. I do hope Broadway dims its lights tomorrow night for this wonderful friend and patron of the arts.

Marty’s other Broadway credits as producer: several versions of “Sweeney Todd,” and “La Cage aux Folles,” also partnered with our late pal, Pierre Cossette on “The Will Rogers Follies” and many more. He will be sorely, sorely missed.