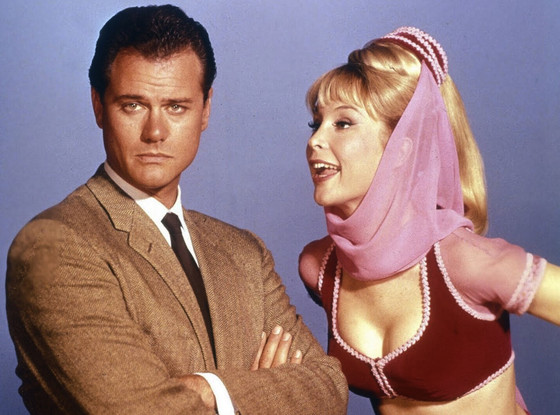 Larry Hagman and Barbara Eden splashed down onto TV back in 1965 as astronaut Tony Nelson and his genie in “I Dream of Jeannie.” (Larry, it should be noted, was the first “Master” long before Philip Seymour Hoffman!) Eden also appeared on “Dallas” toward the end of its run. Over the weekend, Eden sent out a couple of Tweets on the passing of Hagman, recalling him as the “Texas Tornado.” She also put up a statement on Facebook. Here it is:

“As I received the news this evening and as you read this I still cannot completely express the shock and impact from the news that Larry Hagman has passed. I can still remember, that first day on Zuma Beach with him, in the frigid cold. From that day for five more years, Larry was the center of so many fun, wild, shocking… and in retrospect, memorable moments that will remain in my heart forever.

“He was such a key element in my life for so long and even, years after I Dream of Jeannie; our paths crossed many times. Throughout various productions I had the pleasure of watching the Texas Tornado that was Larry Hagman. Amidst a whirlwind of big laughs, big smiles and unrestrained personality Larry was always, simply Larry. You couldn’t fault him for it, it was just who he was.
“I am so thankful that this past year I was able to spend time with him and experience yet again ‘Larry’ in all his Big Texas bravado.I, like many others believed he had beat Cancer and yet we are reminded that life is never guaranteed. My deepest condolences go out to his wife Maj, his son and daughter and his grandchildren, as well as his friends in this time of his passing. I can honestly say that we’ve lost not just a great actor, not just a television icon, but an element of pure Americana.Goodbye Larry, there was no one like you before and there will never be anyone like you again.”
-Barbara