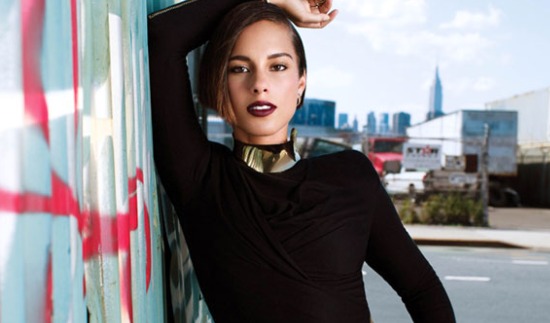 Alicia Keys’ new hit “Girl on Fire” is catchy, catchy, catchy. But like a lot of Keys’s songs, it comes with ingredients from past hits. The credits do include a nod to “The Big Beat” by Billy Squiers, upon which the whole drumline is apparently based. There’s another sample that doesn’t seem to be credited anywhere unless I’ve totally missed it. In the middle of the song, Alicia sings a couplet or so from Eddie Holman’s 1970 classic “Hey There Lonely Girl.” The song was written by Leon Carr and Earl Shuman, who are both gone to rock and rock and roll heaven.

“Hey There” was first recorded by Ruby and the Romantics in 1963. But it was Holman’s wonderful recording that became a once in a lifetime hit. Keys only uses two seconds of the original, but it helps make her record. It’s not the same as when she remade The Main Ingredient’s “Let Me Prove My Love to You” into “You Don’t Know My Name,” but it’s still prominent for anyone who grew up during the classic era of R&B.

Do they teach this sampling stuff at Juilliard?

A list of some of Alicia Keys’s samples: http://www.whosampled.com/artist/Alicia%20Keys/