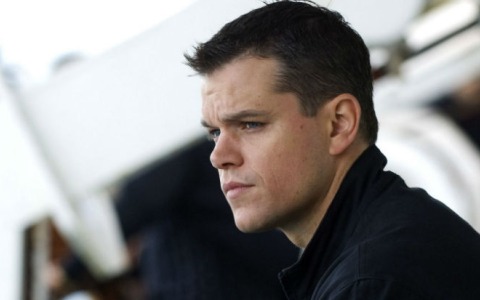 Gus van Sant’s “Promised Land” has just started screening, and there’s an embargo on reviews until December 5th. I’ve seen it, and I’m not reviewing it until then. That said, Matt Damon could throw a monkey wrench into the Best Actor race. As I said last week, we already have Joaquin Phoenix, Bradley Cooper, Daniel Day Lewis, and Denzel Washington. A fifth slot could now pit Damon against his buddy Ben Affleck. And that doesn’t take into account Hugh Jackman from “Les Miserables.”

A lot will depend on Damon’s own campaign–he wrote the movie with actor John Krasinski, who’s also his co-star. The pair should get a screenplay nomination. I love Rosemarie DeWitt in anything, so I can’t be objective (but I’m not reviewing). “Promised Land” is about fracking in the New York-Pennsylvania farmland, so it has a topical slant. It’s got echoes of the great Bill Forsyth film, “Local Hero.” It could almost be a continuation of Damon’s character from “Good Will Hunting.” He is incredibly likeable in it.

Best Actress is shaping up. Jennifer Lawrence is way in the lead, with Marion Cotillard, Helen Mirren, and possibly Judi Dench from “Exotic Marigold Hotel” right behind her. Who’s the fifth? It looks like Jessica Chastain from “Zero Dark Thirty,” which screens this Sunday, is very, very poised for that position. I don’t think Helen Hunt from “The Sessions” will make it. There’s no buzz on Meryl Streep from “Hope Springs” even though there should be. Ditto Viola Davis. I was really impressed by Halle Berry in “Cloud Atlas,” but that movie is in a quandary for a lot of people. And the child from “Beasts of the Southern Wild” doesn’t seem like a fair thing to do to the adults.

If there’s one question mark here it’s Emmanuelle Riva, from “Amour.” The French film is a stunner, but it’s also quite depressing. I don’t feel a lot of buzz around her, whereas Dench is beloved and “Hotel” was a big hit. “Amour” may have to settle for a Best Foreign Film nomination.

Best Supporting Actress surely puts Sally Field in the lead from “Lincoln.” From there, you get Amy Adams in “The Master,” and maybe Jacki Weaver from “Silver Linings Playbook” — her performance is terrific and almost overshadowed by Lawrence, DeNiro and Cooper. Anne Hathaway is going to score big time from “Les Miz.” Field, Adams, Weaver, Hathaway, and then…the fifth slot remains open.

The jockeying has already begun. But the big screenings are right after Thanksgiving. “Les Miz” is shown on Friday twice on both coasts, and again in New York on December 2nd. On Sunday the 25th, Kathryn Bigelow’s “Zero Dark Thirty” gets a wider airing than its very early, advanced showing. And then there’s “Promised Land,” which I haven’t reviewed, remember?