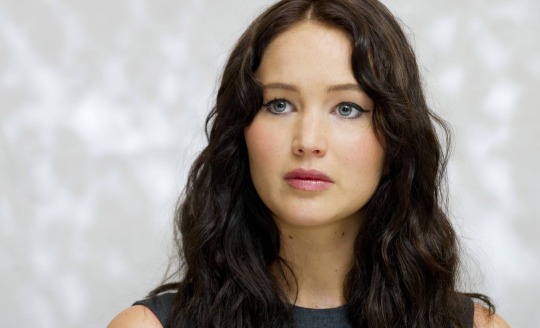 Jennifer Lawrence is 22. You know her from two movies, essentially: “The Hunger Games,” which I liked a lot, “Winter’s Bone,” which I thought was annoying. Today she opens in “Silver Linings Playbook,” which even Manohla Darghis of the New York Times, is in love with. “Silver Linings” will open slowly across the country as awards season kicks in, but it’s far and away the most emotionally satisfying film of 2012. David O. Russell has directed the Best Ensemble of the season–and they are some group.

Lawrence’s Oscar “moment” comes in the middle of the film, when Robert DeNiro — playing the father of her kinda boyfriend (Bradley Cooper)– accuses Tiffany (Lawrence’ character) of ruining the ‘juju’ of the Philadelphia Eagles because Cooper has been with her on Sundays and not his father. Watch for this scene. Tiffany swoops in and corrects DeNiro so succinctly in a scene-for-the-ages that you know she’s just won the Oscar. It’s one of the film’s many delights. But this scene ranks up there with Jack Nicholson in “Five Easy Pieces” telling the waitress where to hold the chicken.

“Winter’s Bone” also featured masses of dialogue. But guess what? Lawrence does not sit up all night memorizing her lines. She told me the other night at an advanced screening: “I look over the script, but I don’t sit there memorizing. I read it, and I know where I’m going, I know what it’s about.”

Whatever works, I say. All I know is David O. Russell couldn’t be happier. I can’t wait to hear responses from readers who see “Silver Linings” these next two weeks. While “Argo” is an exceptional thriller, and Denzel Washington is quite riveting in “Flight,” the family from “Silver Linings” is the most memorable group of characters in one place this season. As the movie draws to a close, you realize you’re going to miss them very much. That’s the sign of great filmmaking.