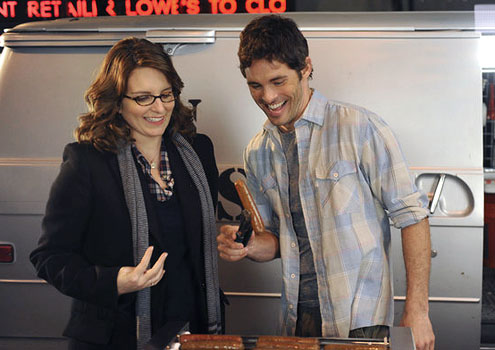 Liz Lemon is getting married on the last day of November sweeps. It’s also the day Katie Holmes opens on Broadway in “Dead Accounts.” The fictional “30 Rock” character is marrying Chris Chross, her boyfriend played by James Marsden.
“She’s 42. No big whoop. Bring your own snacks.” Liz has had a lot of bad boyfriends, starting with Floyd (Jason Sudeikis), and others played Jon Hamm and Matt Damon. In the end Liz–played by Tina Fey– gets an X Man. “What the What?!” the invite reads. Maybe she’ll get pregnant right away and have the baby before “30 Rock” ends its run in May. 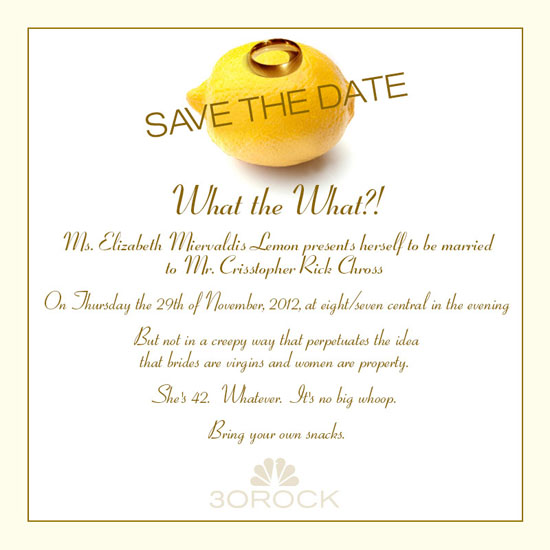