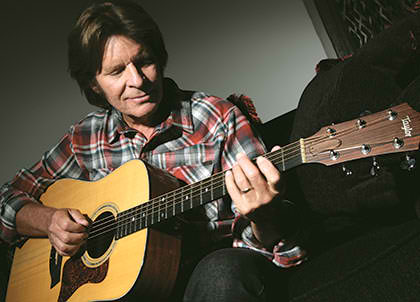 John Fogerty, the great genius behind Creedence Clearwater Revival, is ready to tell his story. But can he? Little Brown’s Michael Pietsch, the man behind all the good music books in publishing, has signed Fogerty to publish a memoir in 2014. But Fogerty’s best story is maybe one he’s precluded from telling: how the rights to his music were sold to film producer Saul Zaentz (“The English Patient”) when Zaentz bought Fantasy Records in 1967 (corrected from earlier version). Fogerty and CCR continued to record for Fantasy through around 1973. But then Fogerty, unwilling to work for Zaentz, simply stopped recording and disappeared for years.

It was only with the album “Centerfield” that Fogerty re-emerged in 1985. But then Fantasy sued– and lost– claiming that the hit from “Centerfield,” the single “The Old Man Down the Road,” was just a rewrite of a CCR song, “Run through the Jungle.” A judge said it wasn’t. There have been lots of lawsuits and settlements, but Fogerty may be precluded from writing about any of this. We’ll see.

Meantime, Fogerty can write about his early days with CCR, his amazing catalog of songs, the influence of some like “Proud Mary” and “Who’ll Stop the Rain,” his anti-war stance during Vietnam, and campaigning for Democratic candidates.

Fogerty is just the latest rocker to cash in and tell his story. Rod Stewart has a book out now as does Cyndi Lauper. Keith Richards, of course, wrote the book of all books. Carly Simon is working on her own memoir. And there are plenty more to come, I am sure.