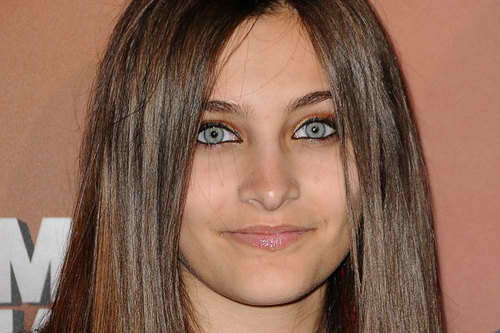 Paris Jackson, the 14 year old daughter of Michael Jackson and Debbie Rowe, hit the 1 million mark today on Twitter. That’s 1 million people following a 14 year old girl on Twitter. But Paris has turned out to be quite the correspondent. Her emergence on Twitter came when she used the social network device this past July to alert the world her grandmother–also her legal guardian — was in trouble. Thanks to Paris’s Tweets, the Jackson family was not able to “kidnap” Katherine Jackson or Paris or her brothers Prince and Blanket.

Overnight she become an incredibly effective war correspondent in her own home. Since then Paris has dutifully reported on everything going on around her, from school bullying to a defense of Justin Bieber to decrying what she sees is wrong with the world. She also posts her artwork and gives updates on her family. This week she Tweeted that it was time for parent-teacher conferences. “This year, I’m not worried,” she said. Her cousin TJ Jackson and her grandmother, Katherine, would be the “parents” involved. Debbie Rowe should be proud. Paris is very much like her–outspoken and she takes no prisoners.