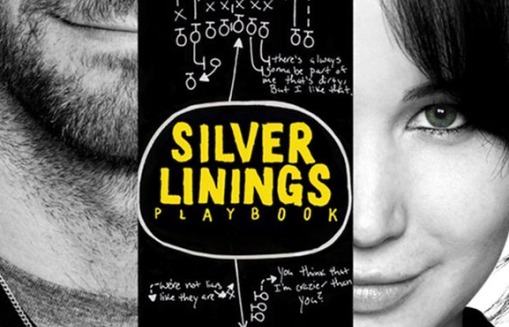 David O. Russell’s “Silver Linings Playbook” is about to arrive–are you ready? On Sunday, the film is getting a private fundraising screening here in New York to benefit the LaJolla Playhouse in California. (Note: this doesn’t mean The Weinstein Company’s “Finding Neverland” musical is heading to the fabled theater company for its pre-Broadway tune up. TWC says no– West End, then Broadway.) Then on Monday night “Silver Linings” will get a big Ziegfeld Theater premiere with the director and cast including Bradley Cooper, Jennifer Lawrence, Robert DeNiro and Jackie Weaver. And, hopefully, breakout star Chris Tucker.

“Silver Linings” won the audience awards in Toronto and at the Hamptons Film Festival. It is without a doubt a top 5 Oscar pick, and all the actors– maybe especially Jennifer Lawrence and Robert DeNiro-are headed for big things. It’s Bradley Cooper’s chance to shine and show that he’s a real actor, and that we must forget about “The ‘A’ Team.” (I really liked him in “Limitless.” Check it out.) DeNiro is sensational. Jennifer Lawrence is a revelation. There aren’t enough superlatives.

Chris Tucker? It’s his first movie apart from the “Rush Hour” series. Seeing him you wonder why he’s waited so long. He’s always been nervous that “Rush Hour” was just a fluke. It wasn’t at all. He’s a most welcome part of this cast. For David O. Russell, “Silver Linings” is another step forward after he hit his stride with “The Fighter.” Fans of “Three Kings” always knew he had it in him, but when “Silver Linings” starts its limited run on November 16th, everyone will  get to see his great work advance.