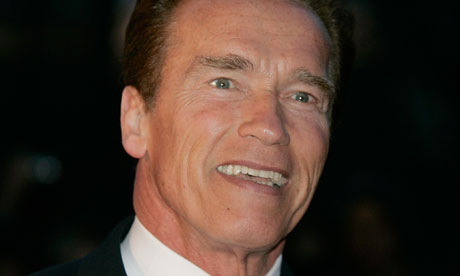 “Total Recall,” Arnold Schwarzenegger’s autobiography, is a bust. A couple of weeks ago the Drudge Report noted that the book had sold around 25,000 copies. Things haven’t improved. “Total Recall”– which had a heft advance–was not a book many people wanted to own or to read. It sits at number 566 on amazon.com.

That’s from the overall list of books. Among entertainers’ books, Arnold is number 14. He’s beaten by biographies of Bruce Springsteen and of Barbra Streisand, of books by Ellen DeGeneres and Tina Fey, Chelsea Handler and Mindy Kaling. The Terminator is also being terminated by Jeanne Cooper, star of “The Young and the Restless,” Penny Marshall, Peter Criss of the rock group KISS, Kirstie Alley in her latest attempt at relevancy, and the diaries of Richard Burton.

Poor Arnold. No one wanted to reward him for his terrible behavior, or ratify his actions against Maria Shriver. Certainly not book buyers, who are mostly women. Schwarznegger’s lack of contrition didn’t do much to help, either. How will this affect his return to movies? His bread and butter will come from teenage boys who aren’t going to see him, but to see a video game on the big screen. But if he’s thinking about doing another comedy (god forbid) he might think that over one more time. Or call Mel Gibson.