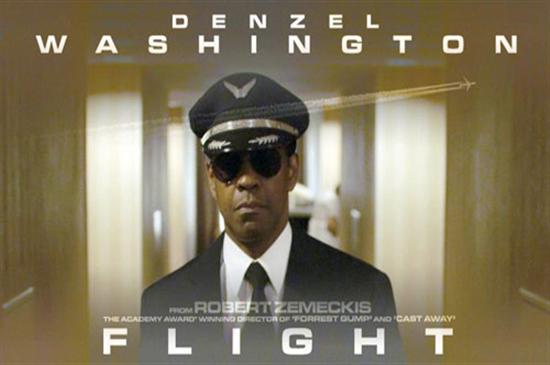 This is the year no actors want to get an Oscar. It’s a new world, ain’t it? Joaquin Phoenix, so good in “The Master,” rubbished the whole process recently in a magazine interview. Daniel Day Lewis, aka “Lincoln,” does very little to help himself ever. And now Denzel Washington has opened in “Flight” and rocketed right to the top of the list of possible winners. Last night “Flight” opened in 1,884 theaters — still hundreds of theaters are closed, and less than 2,000 is not a wide release– took in over $8 million. A $22 million weekend for a serious film is excellent–and the movie has suffered from Hurricane Sandy.

But as Denzel, who won his last Oscar in 2002 for “Training Day,” vaults to the top of the list, he also is a reluctant participant. At the New York Film Festival he skipped his own premiere party. He also avoided a big digital print junket. He did little on the red carpet. On stage he stood in the background. Since then he’s continued to be low profile. A little too low profile if he wants to win. Of course, with two Oscars, he may not care.

Anyway, it’s so good to see Robert Zemeckis score with “Flight.” It’s a solid studio film, well made, with outstanding ingredients. The opening scenes of the plane in free fall are breathtaking. But later, Washington and the entire supporting cast are just note for note spot on. And Zemeckis never lets up or gives Denzel an out. My favorite scene is Tamara Tunie, as the flight attendant who’s known him the longest– telling Denzel’s pilot that she knows his history and isn’t letting him get away with it. Again. solid.