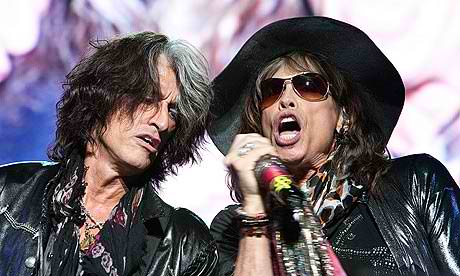 As I predicted yesterday, Aerosmith will be added to tonight’s NBC telethon for Hurrican Sandy survivors. The group crossed paths with Jon Bon Jovi this morning on the Today show and worked it all out. Steven Tyler told Matt Lauer on the show today that he was born in New York, and felt a responsibility to be there.

So add Tyler, Joe Perry and the A’s to Bruce Springsteen and the E Street Band, Sting, Billy Joel, Christina Aguilera, Jimmy Fallon, Brian Williams, with Matt Lauer hosting and, I think, Colin Quinn. Sounds like they need more than an hour.

Aerosmith, by the way, was live and rocking this morning on “Today.” They have their first new album in more than a decade coming out on Tuesday. This really is the year for Old Rockers–Van Halen, the Rolling Stones, etc– but look, they can do it. Aerosmith was terrific this morning. Tyler hasn’t looked so together or sounded so good in years.