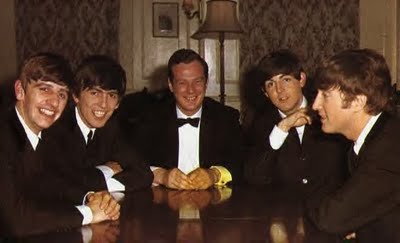 The Beatles’ original manager, Brian Epstein, is suddenly very popular. Now two different groups want to make a movie about him. I told you last week about Vivek Tiwary and his graphic novel about Epstein. Tiwary, I confirmed, actually secured the rights to a couple dozen Beatles songs for his film.

Now Tom Hanks and Gary Goetzman have announced they’re going to do an Epstein movie with director Paul McGuigan. Why not? Maybe there’s a third group waiting to make their Epstein movie. British actor Benedict Cumberbatch is attached to the McGuigan project.

Was Brian Epstein so interesting? Without the Beatles, not really. He steered the group from their 1962 debut to his death in 1967.  He was 32. Epstein was clever and gay, and a man about town in swinging London. There’s a persistent legend that he had a thing for John Lennon. His story could be “A Single Man” with really cool clothes and music.