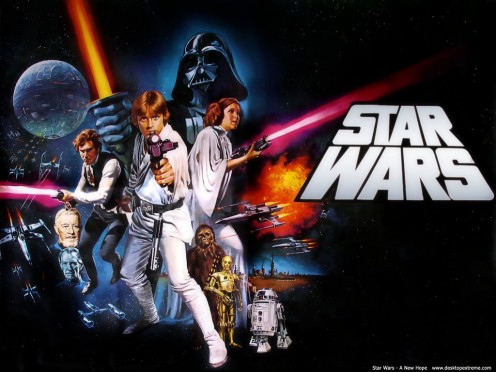 News today– while most of us were dealing with Hurricane Sandy–that Lucas Film was sold to Disney for $4 billion. Robert Iger and Alan Horn got a bargain I think. Three more “Star Wars” movies are included– they will each make a billion dollars worldwide with no effort. Lucas will produce them with Kathleen Kennedy, but he won’t direct them. He’s already said he wanted to make smaller films–hopefully unlike “Red Tails,” a disaster by any accounting.

So who should direct the three remaining “Star Wars” installments? That’s the big mystery. We’re already hearing names from Christopher Nolan to David Fincher to Joss Whedon. What about Robert Zemeckis, a Spielberg protege who’s had enormous successes like “Back to the Future” and “Roger Rabbit,” not to mention “Forest Gump” and the upcoming “Flight.” What “Star Wars” needs is heart and character development. Those elements were sorely missing from the three later films like “Phantom Menace” and “Attack of the Clones.”

Also, what could Lucas’s outline be for the three “new” movies? Chronologically they follow “Return of the Jedi.” Do we see Harrison Ford, Carrie Fisher and Mark Hamill in their 50s and 60s? Darth Vader with a talk show?

Whatever happens, “Star Wars” has endless possibilities for making more money. And Lucasfilm at Disney is the right fit. As Steven Spielberg takes Dreamworks over to Universal, Lucas arrives at the Mouse House. The cycle of life continues!

“Star Wars” fans– tell us who should steer the final journeys.