Very troubling news this afternoon about yet another outwardly successful looking person in Hollywood committing suicide. I’m thinking of the popular entertainment lawyer Peter Lopez, and director Tony Scott. Now it’s TV producer and writer Alan Kirschenbaum, creator of the amiable, clever “Yes Dear,” writer of dozens of TV shows including “Coach.” Kirschenbaum who was 51, and his partner had a midseason replacement series ready for CBS called “Friend Me.” He was incredibly successful, but from his Twitter account, you read the comments of a lonely, depressed person. One of the saddest elements here is that his father is beloved comedian and Friars Club president Freddie Roman. I just remember when Alan got “Yes Dear” on the air, 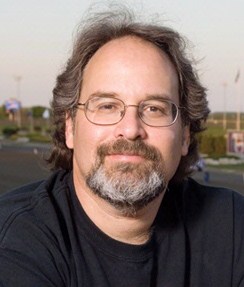 and Freddie was so over the moon. What an inexplicable tragedy. Condolences to Kirschenbaum’s family and friends. Now on Twitter everyone from Phil Rosenthal “Everyone Loves Raymond” to Josh Gad to Michael Chiklis is logging on to register disbelief and grief. The thing is, you look at his imdb credits and you think, he was a great success. But Hollywood is a treacherous place for the soul. No amount of success ever seems like enough.