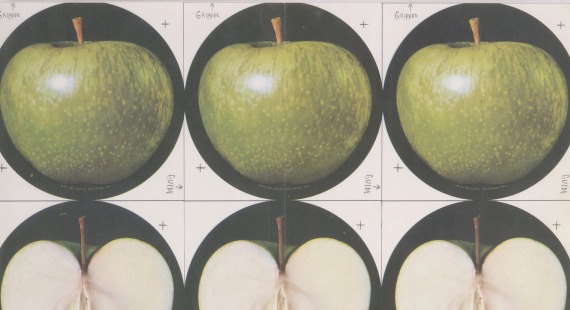 Steve Jobs named Apple Computers for Apple Records, the Beatles’ company. Now from heaven he’s smiling and John Lennon is probably not happy. But the Apple Records trademark–that green apple–is now owned by Apple Computers. This is part of the 2007 settlement between the two Apples which paid the Beatles $500 million. That deal also paved the way for the Beatles exclusive download deal with iTunes. The website Patently Apple reported the story, which was picked up by my pals at hitsdailydouble.com and then handed to you by me. All things must pass, all things must pass away, indeed. Now if only Jeff Jones and Apple Records would release Hey Jude and Rarities on CD and for download before the people who bought them originally on LP are all dead.