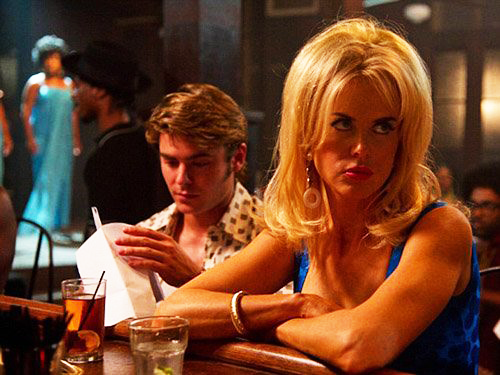 And so it goes. Lee Daniels’ “The Paperboy” is still out there in about 70 theaters. But since its release on October 5th, the Nicole Kidman-Zac Efron Southern gothic saga has not caught on. It’s made just under $300,000 and will slip quietly into oblivion at the end of its four week run. To say “The Paperboy” didn’t deliver is a sad understatement. Nicole Kidman has a gem of a performance in it. Everyone is good.

But despite Nicole peeing on Zac, the rest of it could not bring Zac’s fans to theaters. Millenium didn’t do much with it, so that didn’t help. They gave the film a half hearted launch at the New York Film Festival, failed to court any good will, and basically shut down before they could take off. “The Paperboy” also registered a fairly low 38% on rottentomatoes. although 90% of fans on moviefone said the wanted to see it. They just didn’t.

Daniels will have more luck with “The Butler,” which The Weinstein Company will release a year from now to many accolades and awards. Kidman will always do fine. If Millenium existed they would campaign to her some Supporting Actress awards. I doubt they will. Who knows? Maybe years from now “The Paperboy” will become a cult classic.