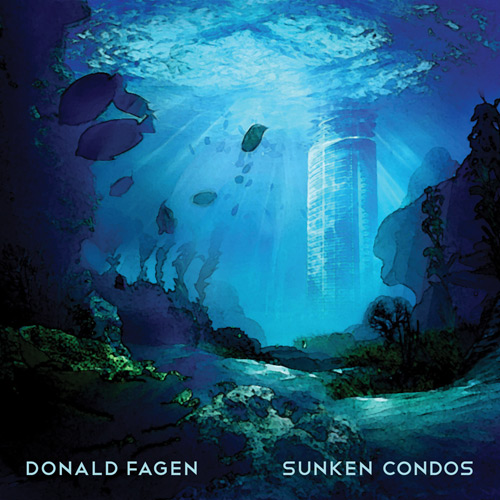 What can you say about Warner Music? They are the Bermuda Triangle of the pop world. Today they reported more losses, as usual. That’s nothing new. Their Green Day album, “Uno,” is plummeting after two weeks on the charts. Green Day used to rule the charts. No Warner release can remain at the top for more than a week or two. It’s some unwritten rule.

Here’s the summary of their latest sad story: “For the nine-month period ended June 30, WMG posted a net loss of $94 million of revenues of $2.06 billion. With its revenue expectations for the fourth quarter, it should post annual sales of 2.78 billion to $2.8 billion this year, down from the $2.87 billion in its prior fiscal year.”

Now it turns out they’ve released a new album by Steely Dan partner Donald Fagen called “Sunken Condos.” (This may be reference to all the homes Lyor Cohen bought while running WMG– just kidding!) No press, no advance. It’s just here. And it’s already number 3 on amazon.com’s physical CD chart, and number 11 on iTunes. (amazon doesn’t have the download–it’s an i Tunes exclusive I guess).

The Steely Dan fans are clearly buying the album without any urging. And WMG likes to keep most of its releases a secret. It makes it easier than promoting them. And also, frustrated writers (like yours truly) will actually pay to download the album rather than wait for a free copy.

So let me tell you what my $10.99 got me: a really beautifully crafted jazz funk CD that I’m enjoying. Among the original tracks is a cover of Isaac Hayes’s “Out of the Ghetto.” On amazon, the press description is an “Ashkenazi version” of the song. Very funny.

They’ve released a “Single”– it’s not really a single– but it’s an “impact track” in case someone at radio will play it, called “I’m Not the Same Without You.” It’s very catchy. I’d suggest “Miss Marlene” as a follow up. But who knows what Warner will do? If anything…The other track they could concentrate on it is “Weather in My Head,” very Steely Dan-ish.

Fagen as always is singing sharp, and the funk/bass lines are strong. Putting Jon Herrington’s guitar out front makes these tracks a lot more angular than the sometimes blander more recent work. “Sunken Condos” is a huge leap better than “Morph the Cat,” for example. And Freddie Washington on bass makes the album a lot more muscular.