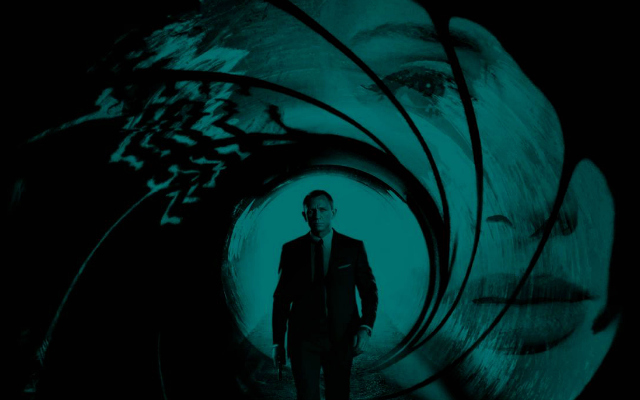 James Bond is back. “Skyfall” premiered this week at the London Film Festival. The top critic, Baz Bamigboye of the Daily Mail, gave it five stars. Bamigboye is no pushover, so we can this review seriously. If the Sam Mendes-directed blockbuster met with his approval, then it’s a hit.

Baz writes (and I’ve edited down his full piece which you can read at the link at bottom):

“Bond is back and he’s more dangerous than ever but so is M who is the most ruthless character in Skyfall.

As played by Dame Judi Dench, the security services chief is like a lioness in winter as she prowls her office ordering an agent to ‘take the bloody shot’, a move that puts Daniel Craig’s craggy James Bond in grave danger.

A sinister force from M’s past, played with delicious relish by Javier Bardem, has stolen the identities of M’s agents.

This Bond adventure directed by Sam Mendes is pure classic 007 fare , back on firm footing after the less than memorable Quantum of Solace.

Skyfall opens with a bravura kick-ass pre-credits sequence that could win a best short all-action Oscar all by its beautiful self if such an award existed.

Dench’s M is in for the kill from the get go.

Bond pleads with her to let him help an agent who’s bleeding to death. ‘You don’t have the time.

‘Leave him’, she demands.

Then there’s marvelous action mayhem in a Turkish bazaar with cars and motorbikes screeching  up stairs and raising the roof on rooftops.

But M’s in no mood for pussy-footing around as she monitors events from her office back at HQ.

She’s squeezing the trigger by remote control, her eyes are like steel and she means business because she knows the game’s up if the agent identities get into the wrong hands.

Great actress that she is the dynamic Dame still knows how to raise a laugh or two even though M’s in a thundering mood.

Mendes and his screenwriters, Neal Purvis, Robert Wade and John Logan have invested the film with some action sequences and some cute one-lines.

Some of the best come from Albert Finney who plays Kincade the keeper of Bond’s Highlands childhood home ,Skyfall.

Bond informs Kincade that he should stay out of the forthcoming firefight .

‘Try and stop me you jumped up little s**t,’ is Kincade’s icy response.

Mendes has done a marvelous job and Craig is superb — looking super cool in a Tom Ford suit– as a Bond who’s still looking suave after 50 years giving pleasure to all.

The two so-called Bond girls played by Ms Harris and Berenice Marlohe are flirty but they’re not used here in the usual kind of ‘rumpy-pumpy’ way which I think is progress, of sorts.

I plan to see Skyfall a few more times before the year’s out.

Nothing can beat a landmark, classic James Bond picture.

They don’t come around all that often.”