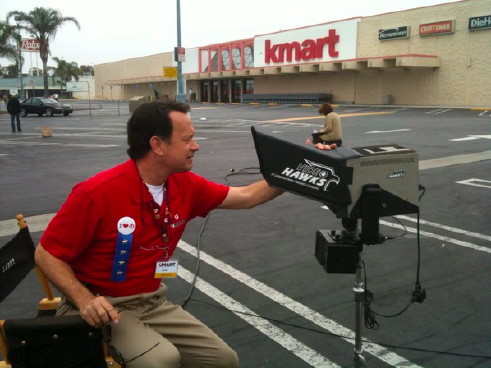 I feel like deja vu all over again. I’ve written this before, but today they sent out the official release about Tom Hanks in the play “Lucky Guy.” This was Nora Ephron’s final play and/or work, and it will be directed by George C. Wolfe. “Lucky Guy” opens April 1st. Hanks plays late New York Post reporter Mike McAlary. The announcement says casting will be announced shortly for the other roles. I told you exclusively already who those characters would be: http://www.showbiz411.com/2012/09/28/nora-ephrons-mike-mcalary-play-stars-tom-hanks-features-lots-of-real-new-york-characters. It’s unclear who will stand in for Nora during rehearsal and rewrites. But you can bet this is the main event of the coming theater season, at least in plays. In musicals, it will be Barry Levinson’s adaptation of his movie, “Diner,” with music by Sheryl Crow. I’m also looking forward to “Hands on a Hard Body.”