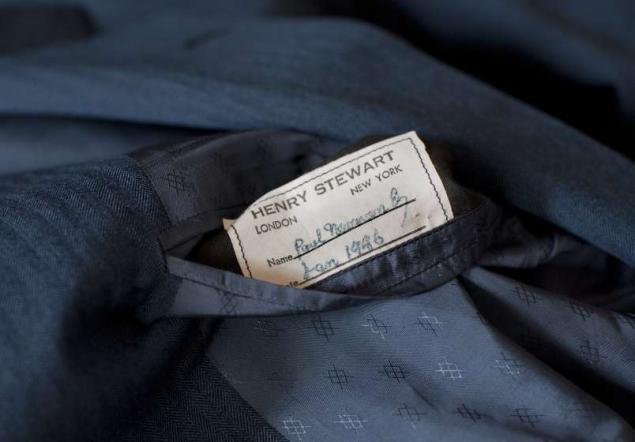 A young man named Peter Gamlen found a Henry Stewart custom suit in a New Haven basement this week. A name tag inside of it said “Paul Newman, 1986.” No one could figure it out. Newman lived in Westport, 30 miles southwest of New Haven. He also didn’t wear a lot of fancy clothes. News reports I read were dumbfounded. http://www.nydailynews.com/entertainment/tv-movies/man-stumbles-paul-newman-suit-connecticut-basement-article-1.1179101

How could this have happened? Duh! Here’s my exclusive: Newman shot Martin Scorsese’s “The Color of Money” in 1986. Stewart made him the clothes for the film. How they wound up in New Haven is anyone’s guess–someone bought them from a movie prop auction probably.

In a 1997 New York Magazine article, Stewart’s protege, Frank Shattuck, says Newman loved the “Color of Money” clothes so much he gave Stewart a $2000 tip.

Listen: in the 1980s people really had money and burned through it without thinking twice. It was the height of the Reagan era. The late Steven Greenberg, my friend and boss who owned Fame magazine, lived in Henry Stewart suits. They cost $3,500 for the standard blue pinstripe. This was the “Bonfire of the Vanities” era. People were living it up. Then came the stock market crash in 1987 and it was back to sample sales.

Newman had quite a lovely wardrobe from “The Color of Money.” Here’s a photo example. It’s not the same suit Gamlen found, but looks just as nice if not better. 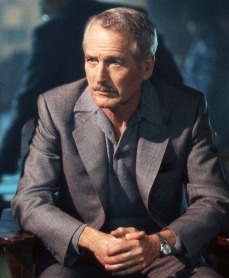 Shattuck is still in business. http://www.fshattuck.com/home.html  His suits start at $5,800. Stewart is dead. So is the the costume designer for “The Color of Money.” But nowadays, you go to Saint Laurie on West 32nd St. for suits like this–they make all the custom clothes for period piece movies like “Revolutionary Road” and “The Great Gatsby.” Check ’em out. And their suits start around $1,700.