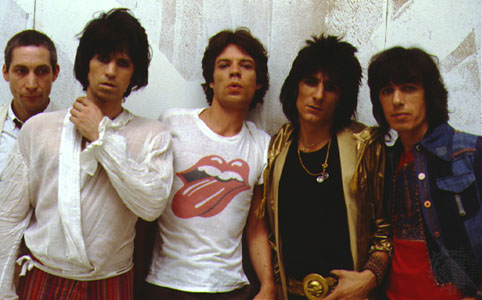 Exclusive UPDATE: The Rolling Stones will indeed play a few 50th anniversary concerts. And I am told they will go on sale next week— a press release will go out on Monday I am told. Ticketmaster will handle the sales. All hell is going to break loose, too. This is an update from my earlier post about sales this weekend. What’s the hold up? “Not everything is done,” my source says. Even the documentary, “Crossfire Hurricane,” is not completely ready for the London Film Festival debut next week. So be patient.

What I’m told: confirmed dates are the last week of November at the O2 Arena in London. Approximately December 15th and 16th– or thereabouts– are set for the Prudential Center in Newark, New Jersey. The dates for the Barclays Center in Brooklyn are coming, but not agreed to yet.

This column was first to break the Prudential Center news two weeks ago. We were also first to tell you about Barclays and O2.

So what’s been the delay? Money, money, money. The Stones want it. Richard Branson is putting up $25 million to make all this happen with the concert promoter Paul Dainty.

Once all the London-New York shows are sold, look for more dates. You know that Los Angeles and a few other big cities are guaranteed in 2013. It’s only rock and roll, but we like it!

Meantime, HBO has a premiere scheduled for the Stones documentary “Crossfire Hurricane” by Brett Morgan set for November 13th in New York.