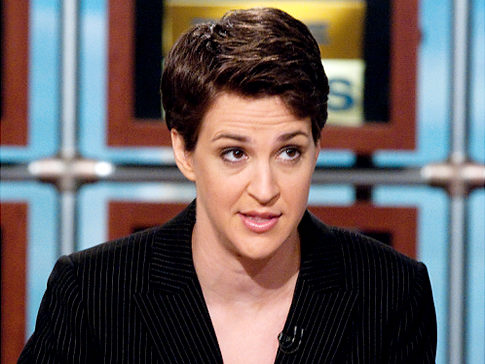 Fox News is still the leading cable news network in the ratings. But something’s happening, a very decided shift to MSNBC among the key demographic of 25 to 54.year old viewers. On Monday night, both MSNBC’s Rachel Maddow and Lawrence O’Donnell beat their Fox competitors–Sean Hannity and Greta Van Susteren– in those categories.  It’s not the first time that’s happened and it doesn’t seem to be the last.

And yes, while CNN’s numbers are not good, the numbers that are unbelievably low are Fox Business News. No one is watching that network. There are fewer people watching Fox Business News than there are walking by the studio on the sidewalk. I know there are smart, likeable people on there, but realistically–what’s the point?

Meantime, in other ratings news, “General Hospital” is up, up, up on ABC since moving to 2pm and losing the godawful “Revolution” as its lead in. Cheers to the soap, which hits its 50th anniversary in April. It deserves a real renewal of two years for surviving against the odds. If ABC were smart, they’d bring back “One Life to Live,” which has sort of been merged with “GH” to satisfy angry fans. And the other component ABC is missing in the afternoons is Susan Lucci.