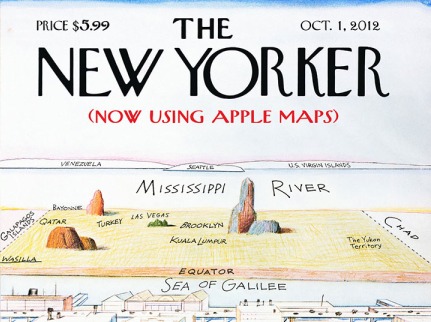 You may be aware that Apple jettisoned Google’s beautiful maps for a new app of their own–an app of maps that turned into mishaps. Apple’s maps, as everyone knows, are a mess. So MAD magazine — I wasn’t even sure they still existed–has published its own version of Apple maps as its new cover. The map in question is a parody of Saul Steinberg’s famous “New York” cover–which I live by as a map of the world. Everything is wrong, which is just about right in a  Mad, Mad world. Apple, meantime, has issued an apology on its website. They also suggest downloading Google’s maps app for iPhones and iPads as it’s no longer available on those devices. You have to go back and get it yourself. All this would be incredibly damaging except– I finally held an iPhone 5 in my hand. It’s light as a feather and very enticing. But I’ll stick with my Blackberry Bold and Samsung Galaxy IIs for now. 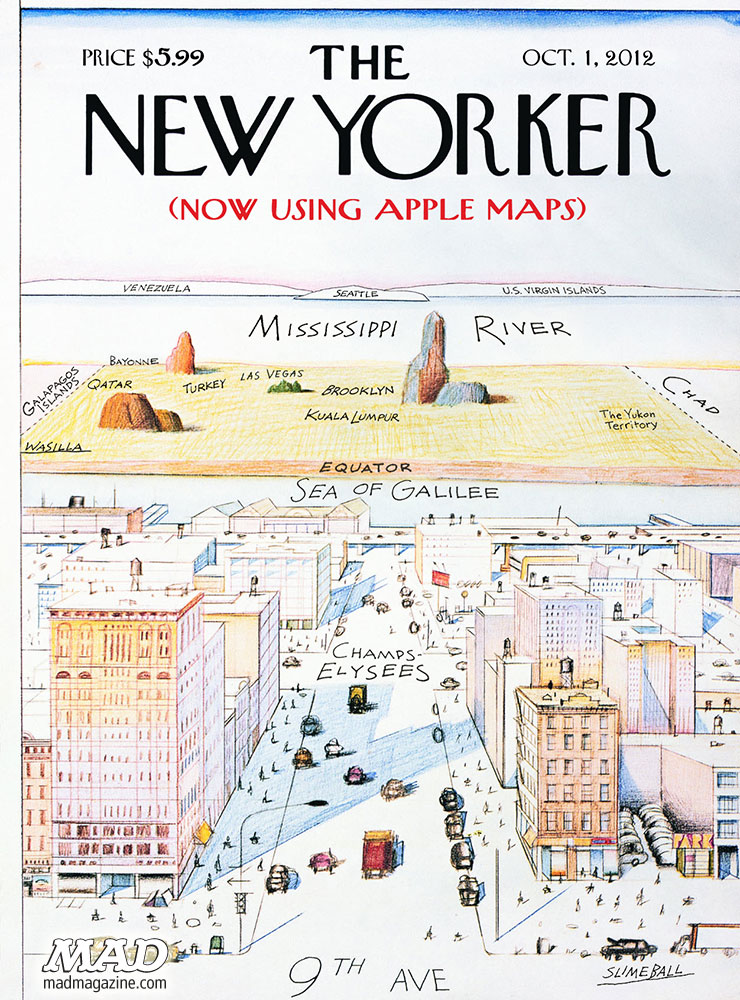