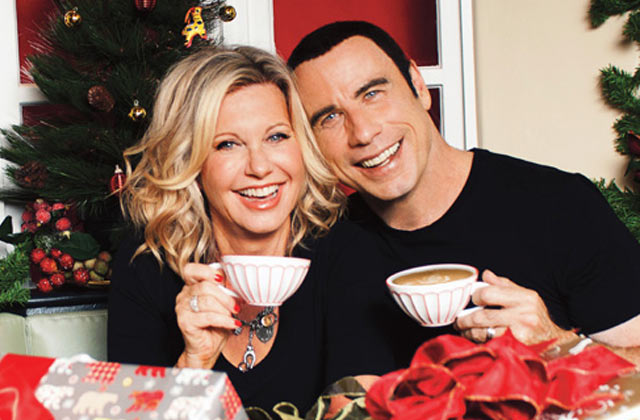 Yes, this is a frightening picture. But it’s really of John Travolta and Olivia Newton-John. They’re making a Christmas album and donating some of the money to their personal charities. Universal Music is releasing it. I’d rather have needles stuck in my ears for Christmas, but I know some people will enjoy this. Featured are Barbra Stresiand, Kenny G, and Tony Bennett. Chick Corea, a fellow Travolta Scientologist, also made the cut. Some proceeds will go to the Jett Travolta Foundation, which I’ve already written about. It’s John’s way of sending tax free money back to Scientology. Merry Xmas!