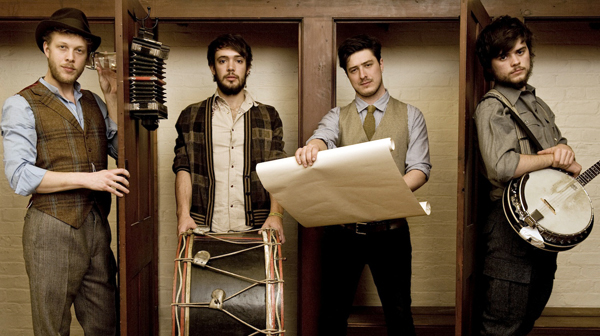 Well, well. I told you last week that “heritage” groups Green Day and No Doubt were back with new albums. And that Amazon was deeply discounting them down to $7,99 to spur sales. As it turns out, it didn’t work. While both groups will sell around 100,000 copies this week. neither will hit number 1. That distinction goes to more modern group Mumford and Sons, whose newest release “Babel” is outselling the older groups 2 -to-1. Hello! Mumford is even on a small label–GlassNote, founded and run by our old pal Daniel Glass. This speaks volumes about rock music, youth, and passion for what you’re doing. “Babel” includes a Russ Titelman produced track of “The Boxer” featuring Paul Simon and Jerry Douglas of the Alison Krauss band. Very cool. Att’n Green Day, No Doubt: I think this is why REM retired. And they were making good records right up to the end.