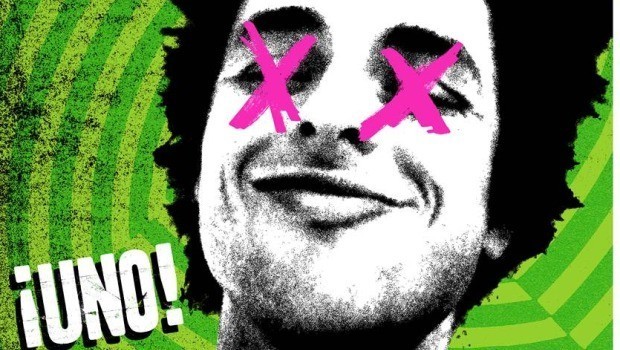 They bought ’em, they can what they want with ’em: Amazon.com is pretty much giving away downloads of the new albums by Green Day and No Doubt. You can pick ’em up, or pick ’em out for five bucks. That’s the equivalent of free, kids. (The so called deluxe version of No Doubt’s “Push and Shove” are $7.99.)

Well, Amazon paid the freight to Warner Bros and to Interscope, so they can do what they want. With music sales very shaky, they probably figure it’s the only way to stimulate sales.

But at five bucks, Amazon is taking a hair cut, that’s for sure. And it means that the two albums will do much better in the charts next week for debuts than they might have otherwise.

Was it necessary? For Green Day, maybe. Band leader Billie Joe Armstrong is in rehab, and the group has two more albums coming this fall. “Uno,” the first, is very enjoyable lite punk rock, just in the vein of “American Idiot” and Green Day’s past efforts. Warner Bros. is desperate for a hit with their name on it given their current situation.

The new regime finally ousted Lyor Cohen. With Edgar Bronfman, Jr., Cohen turned WB into the company without hits. This week, as Cohen leaves with millions of dollars, new houses, and lots of prizes, WB has just a few scattered CDs on Atlantic. But the Warner Bros. name is, as usual, nowhere to be found at the top of the charts. Oh, yes: and James Taylor is suing them.

As for “Push and Shove,” it’s No Doubt’s first album in 11 years. Don’t speak! Yes, it’s true. Gwen Stefani had a couple of solo albums, launched fashion lines and had kids. Now the group is back. No Doubt, like matchbox twenty, has become a dependable brand. (I really love m20’s “She’s So Mean.”) Anyway, “Push and Shove” will do very well at this price point.

But in both cases, it’s a concession that no money can be made from actual album sales. The revenue has to come from live performances. For No Doubt, there’s little doubt that will happen. But with Armstrong’s problems, Green Day is now a big question mark. Still all the songs are catchy and hummable, ready for radio or what’s left of it. For my money, I’d rather have the matchboxtwenty, and definitely Aimee Mann.

The albums, by the way, are not getting good reviews. The No Doubt lacks passion and a reason, frankly. Nothing on it is equal to their cover of “It’s My Life” or “Don’t Speak.” And Green Day–three albums? How about one really good one?

Anyway, Bruce Springsteen, The Who, and the Rolling Stones are coming to town soon.