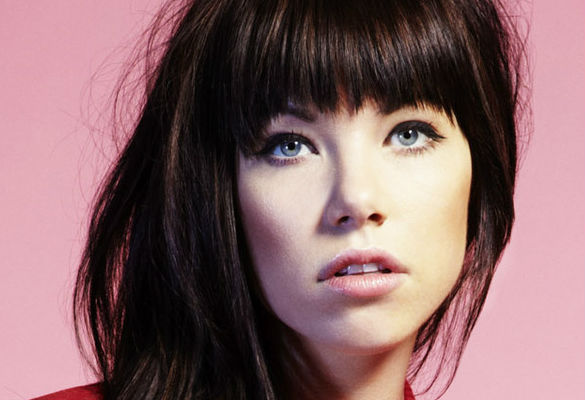 You wondered all summer: was “Call Me Maybe” a one hit wonder for Carly Rae Jepsen? Well, actually she had one other single, a minor echo called “Good Times,” with a group called Owl City. But all summer Carly Rae had no album. Her single was the fluke phenom of the summer, parodied, satirized, celebrated everywhere. YouTube is filled with hundreds if not thousands of amateur versions. The Olympic swim team even made a video.

But like “I’m Too Sexy,” “Spirit in the Sky,” “Sugar Sugar,” and vast quantities of other hit singles, “Call Me Maybe” is indeed a one hit wonder.

The single sold around 5.5 million copies. Add “Good Times’ and Carly Rae did about 6 million in sales this summer. At a dollar apiece, that’s not bad. She probably got a fraction of it, but it was better than hanging around Canadian pubs.

Unfortunately, her album is a stiff. “Kiss” sold 41,000 copies last week. The spell is broken. Kids went back to school, maybe wondering why they fell in love with “Call Me Maybe.” It was a summer romance. The album is composed of ten songs that sound just like “Call Me Maybe.” There was nothing there except the single.

By comparison, Pink–debuted at number 1 this week selling nearly 300,000 copies of her new CD.

Oh, it’s happened before. Kids, it happened back in the day over and over. Ask Lobo. Or The Jaggerz. Geoffrey Abbott literally disappeared after a long run at number 1 with “Shake You Down.” The Fine Young Cannibals had a monster hit with “She Drives Me Crazy,” put out a pretty good album with one more hit, and fell into the Bermuda Triangle. You never heard a peep out of them. Where is Outkast? “Hey Ya” — you couldn’t get away from it. And then, zzzzzz.

But Carly Rae is really different than some of those. She will be singing “Call Me Maybe” at state fairs until the cows come home. Justin Bieber’s cell phone will be changed by Friday. Hopefully whatever money she got, or will get, she will save and invest wisely. And we thank her for a lot of fun. And we’ll call her, maybe.