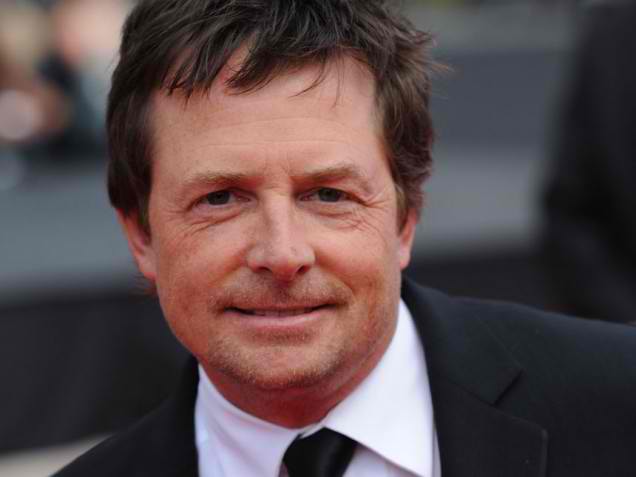 The one standing ovation in the Nokia Theater last night was spontaneous–and it was for Michael J. Fox. Anyone who knows anyone with Parkinson’s Disease (and everyone does) knows just a little of what Fox has suffered and conquered in the last fifteen years–and at a young age, far earlier than most. That he’s persevered and worked through brain surgeries and endless obstacles, and has done good work, is simply amazing.

LEAH SYDNEY reports that at the HBO gala–which was really a blockbuster built on the back of the Pacific Design Center in West Hollywood- Fox arrived with wife Tracy Pollan and son Sam, accepting congrats for his win as a special guest star on “The Good Wife.”

Meanwhile, Ricky Gervais washead over heels, telling Mel Brooks that he’s his hero. Even Nicole Kidman came over to Mel Brooks and told him what a fan she was.

And Keith Urban is already getting accolades from Fox on “American Idol.” With all the hoopla surrounding Mariah Carey and Nicki Minaj, look for Keith to be the sea of tranquility when Idol re-starts on the air. So says Mike Darnell, the genius behind all the reality programming on Fox. He says Keith is already proving to be a success as he meets the potential candidates.