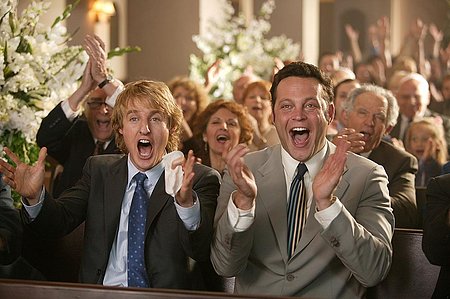 Exclusive: Google is often accused of being highly secretive. Its campus is heavily guarded and secured so the general public can’t go roaming around. But I am told that a Hollywood movie is about to shoot there on the campus. “The Internship,” directed by Shawn Levy, starring Will Ferrell, with Vince Vaughn and Owen Wilson in their first duet since “Wedding Crashers”– is scheduled to film at Google shortly.

The film is supposed to shoot exteriors and interiors. We’ll see some of the offices at the mysterious internet giant. Maybe we’ll see what really goes in Eric Schmidt’s office! And who knows: maybe the characters will stumble into the Google X labs–now there’s a plotline we can offer to Vaughn and company!

The movie is set at a large internet company, where an intern may be the undoing of Wilson and Vaughn’s characters–laid off guys who are trying to make it as interns and are forced to answer to 20 year old managers. Vaughn wrote the script. Yes, it’s a comedy, for 20th Century Fox. Levy is best known for the “Night at the Museum” movies.